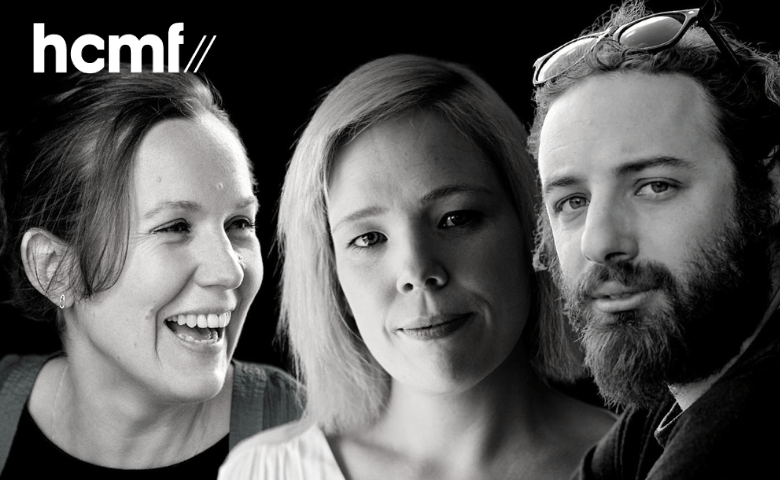 At the announcement of the 2022 programme, hcmf// Artistic Director Graham McKenzie stated;

‘This year’s programme reflects the world we currently live in; asks questions around identity and the changing relevance of borders; exploring who we are now, as a species on a planet in crisis.’

An International Platform for Music from Ireland

Huddersfield Contemporary Music Festival has also announced a new partnership with Culture Ireland who will support a number of hcmf// events this year. Festival Artistic Director Graham McKenzie has been a regular delegate at the New Music Dublin eXchange (NMDX). NMDX is CMC’s annual international networking programme in partnership with the New Music Dublin festival and Culture Ireland which connects representatives of some of the most significant contemporary music festivals, concert series, venues, programmers, promoters and broadcasters with composers and performers of contemporary music from Ireland. CMC-represented composers whose works will be performed at hcmf// in 2022 include Linda Buckley, Ann Cleare, Donnacha Dennehy, Barry O'Halpin and Nick Roth.

Scottish group Red Note Ensemble perform works by a trio of composers from or based in Ireland. The programme opens with Ann Cleare’s Dysmorphia II, which receives its world premiere as a trio edition. This is followed by the UK premiere of Flocking III by Nick Roth, a work commissioned by the European Saxophone Ensemble. Úna Monaghan, a harper, composer, researcher and sound artist from Belfast, will perform alongside Red Note for Notwithstanding, a new work written by Monaghan and commissioned by hcmf// and Red Note Ensemble. The event is produced by hcmf// and supported by Culture Ireland.

At hcmf// 2022, Barry O’Halpin’s Wingform (2021) is to be performed to a live audience for the very first time. Composed during O’Halpin’s term as Crash Ensemble composer-in-residence, the work was premiered via live-stream at New Music Dublin Festival in 2021. Wingform was then presented as an installation at Irish festivals including New Music Dublin, Galway International Arts Festival and Kilkenny Arts Festival in 2022. This live performance features Crash Ensemble with conductor Ryan McAdams. The event is produced by hcmf// and supported by Culture Ireland.

Andrew Zolinsky (piano, electronics) will present a programme of works featuring ‘contrasting voices from the farthest edges of the Atlantic’, including music by four composers from Ireland. Linda Buckley's Water Witch (2022) was written for Andrew specially for this year’s hcmf//, co-commissioned with New Music Dublin and Iceland’s Dark Music Days. Barry O’Halpin’s Miniature will also feature, along with the UK premiere of Donnacha Dennehy’s Her wits (about him). Something other than the fear of falling, by young Irish composer Chris McCormack, will receive its world premiere at the concert. The event is produced by hcmf// and supported by Culture Ireland.

The full programme for hcmf// is available online here.

Linda Buckley is a composer from the Old Head of Kinsale currently based in Glasgow.

Barry O’ Halpin (b.1987) is a Dublin-based composer and guitarist.

Nick Roth is a saxophonist, composer, producer and educator.