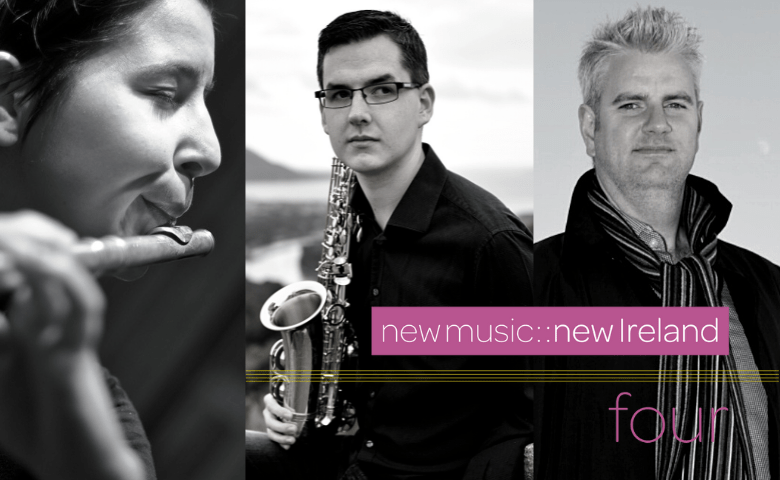 The Contemporary Music Centre (CMC) and Moving on Music present an immersive evening of new music performances and discussion celebrating the release of new music::new Ireland four at 7.30pm on Thursday 26 January at the MAC, Belfast.

Join us at 7.30pm for a reception followed by new music and lively conversation with some of the artists involved in this new release.

Ian Wilson: Between Stone and Sun (After Newgrange) (2018)

Tickets are free, however booking is advised. Reserve your place online through Eventbrite.

Curiosity, fearlessness and versatility carry Lina Andonovska’s artistry around the globe. Andonovska is a rare breed in the flute world; a name that you’ll discover on both the pages of Rolling Stone and the Australian Chamber Orchestra roster, she has not only cultivated partnerships with leading artists including Louis Andriessen, Donnacha Dennehy and Claire Chase, but also deep community ties from Timor-Leste to Tokyo’s Wonder Site.  She is flautist of Grammy Award-winning ensemble Eighth Blackbird. A sought-after collaborator, she has appeared as guest musician with Ensemble Modern, Ensemble Recherche, and stargaze. Equally at home with improvisation and the written page, she is critically acclaimed for her interpretation of new music with Rolling Stone Magazine hailing her performance at Bang On A Can Summer Festival as “superbly played...” With her performances noted as “re-defining the act of going solo” (The Age), Lina’s debut album was described as “brimming with energy and bold textures, though marked throughout by nuance. A name to watch out for” (All About Jazz). She is currently supported by Music Network’s Music Capital Scheme, funded by the Department of Tourism,Culture, Arts, Gaeltacht, Sport and Media. Music Network is funded by The Arts Council.

Robert Finegan is an award-winning saxophonist who recently completed the Master of Performance degree, with Distinction, in the Royal College of Music, London, where he studied with Kyle Horch and was a Dr Michael West Scholar. Passionate about new music, Robert works closely with composers from around the world in the production of new works. His most recent project saw him collaborate with and commission three Irish composers’ works for saxophone and electronics, based on the theme ‘A Modern View of Ancient Ireland’. In addition to solo performances, Robert has performed with the RTÉ National Symphony Orchestra, Ulster Orchestra, Britten and Shostakovich Festival Orchestra, RCM Symphony, Philharmonic and Jazz Orchestras.

Martin Johnson studied Cello at the Royal College of Music, London under the direction of Anna Shuttleworth, a former student of Pablo Casals, Andrew Shulman, Principal Cello – The Philharmonia Orchestra, and the British Soloist Alexander Baillie. In 2000, he joined the RTÉ National Symphony Orchestra and has been their Section Leader for almost two decades – broadcasting most of the orchestral cello solo repertoire to date. In 2006 Martin was invited to become a lifetime member of the World Philharmonic Orchestra and is also a regular Guest Principal with the major orchestras in Ireland and the UK.

Martin made his Irish debut as a soloist with the RTÉ National Symphony Orchestra in January 2008, performing Saint-Saëns Concerto No. 1 in A minor Op.33 and has appeared as soloist with the NSO on more than twenty occasions since then. Live solo broadcasts across Ireland and the UK have included concerti by contemporary composers from Ireland -  Frank Corcoran (recorded for Lyric FM CD154, 2017), Grainne Mulvey and Anne-Marie O’Farrell. Martin has enjoyed being a Professor at the Royal Irish Academy of Music since 2020. Read full biography here.

A Loved A Long