CMC Showcases Contemporary Music from Ireland in Madrid in November 2019

This 400-seat venue was booked to capacity and Hugh Tinney’s performance, which was recorded audio-visually for the Foundation’s archives, drew warm applause from the audience throughout the concert. Raymond Deane attended the concert, and was very warmly received by the audience as he took his bow and accepted a bouquet of flowers. 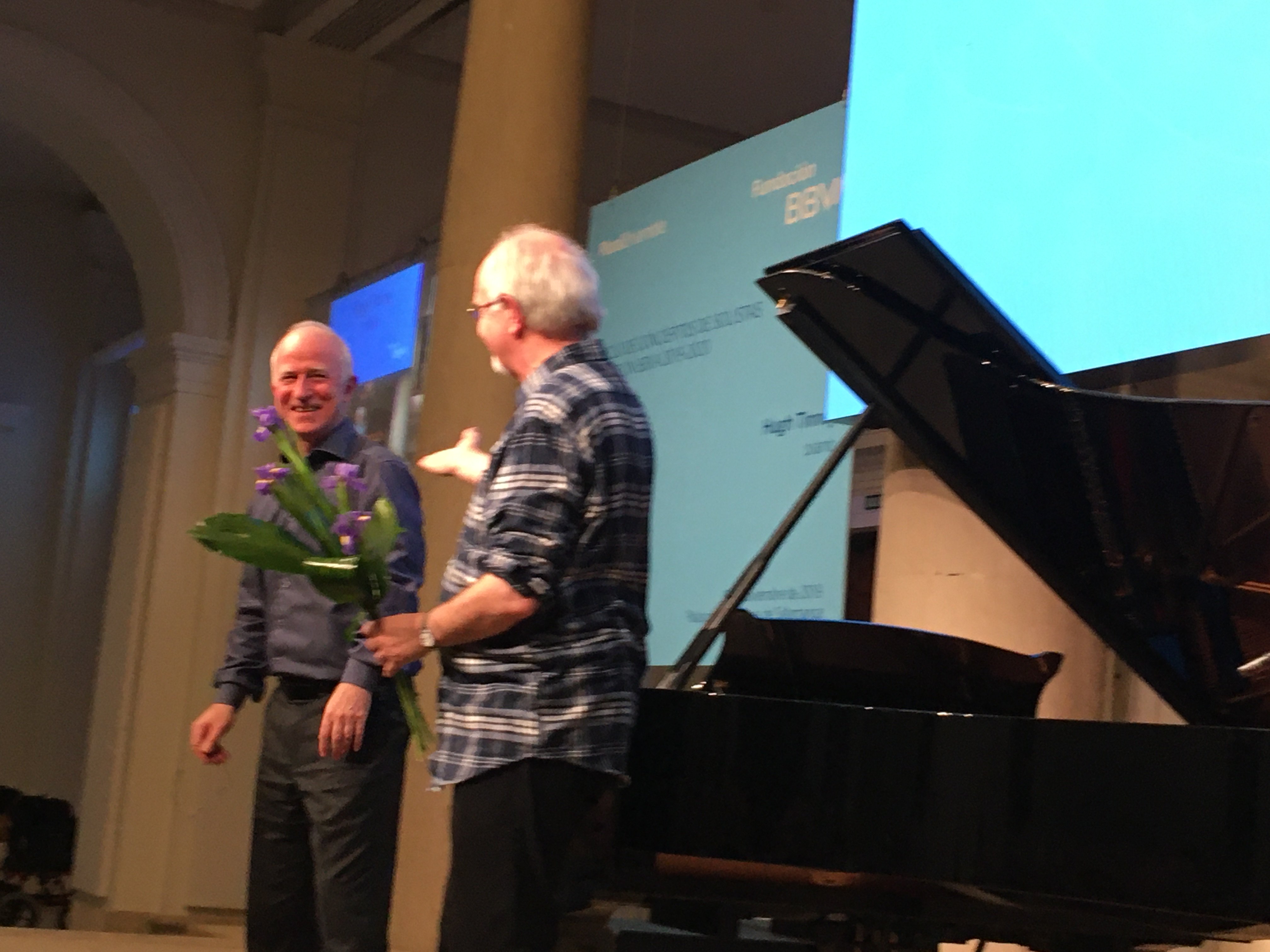 Tickets for this concert in the 700-seat venue at the centre of Madrid’s musical life were in such demand that the Ensemble had to operate a waiting list. Deirdre Gribbin, Kevin O’Connell and Jane O’Leary, were present for this concert and all of the Irish works were greatly appreciated by the enthusiastic audience. This concert was recorded for future broadcast by Radio Clásica (RNE), Spanish Public Radio, and will be made available in due course to national networks through the European Broadcasting Union (EBU).

In celebration of these major concerts in Madrid’s most prestigious music venues, Ireland’s Ambassador to Spain Síle Maguire hosted a reception at her residence on 11 November 2019, to which members of the Irish arts community in Madrid were invited as well as those who had travelled to Spain for these concerts. Ambassador Maguire gave a warm welcome to a packed room at her Residence, and introduced CMC’s Composer’s Voice event. 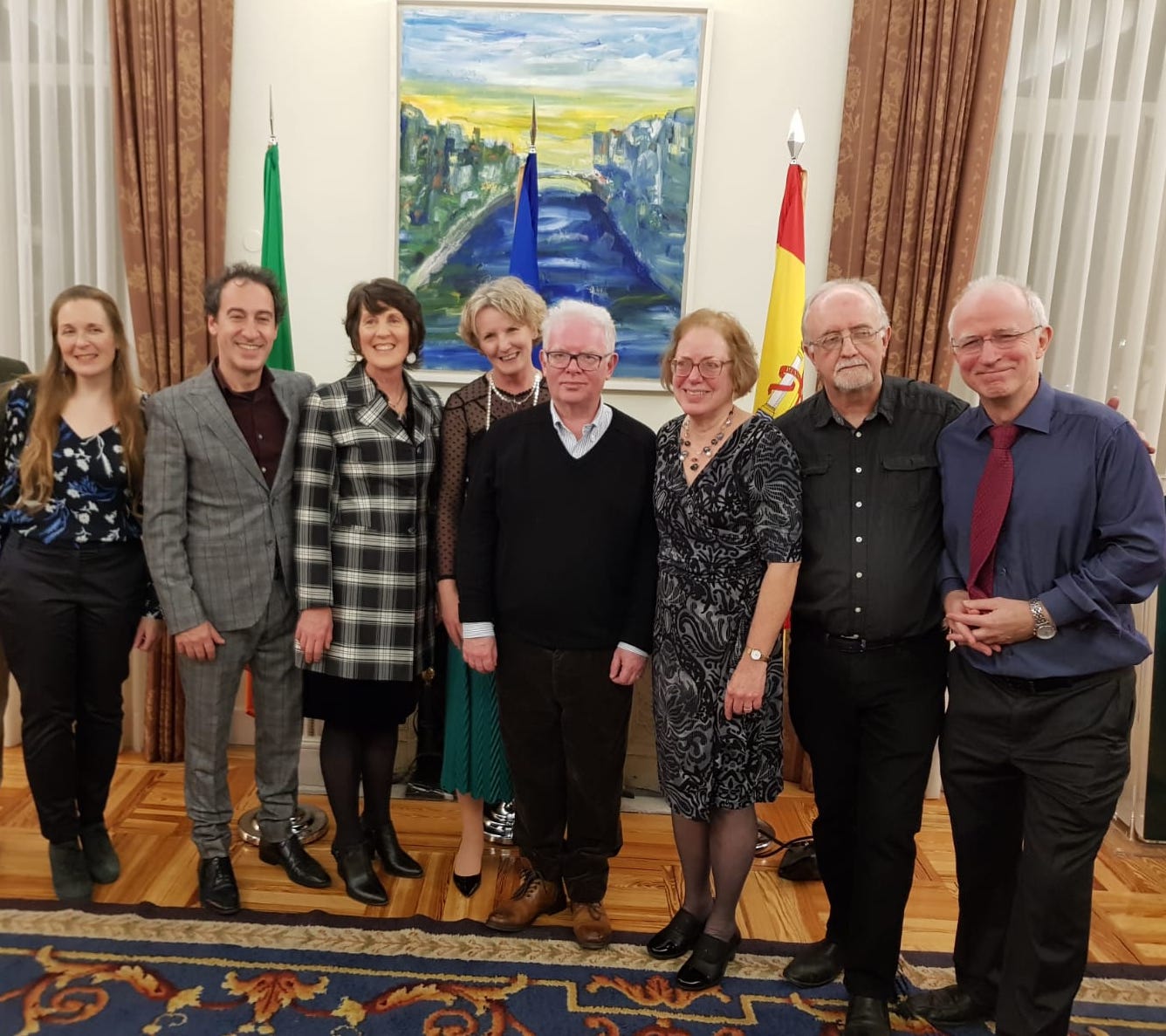 The Composer’s Voice event was hosted by CMC's Linda O’Shea Farren who provided an overview of the contemporary music scene in Ireland before introducing the Composer’s Voice participants composers Raymond Deane, Deirdre Gribbin, Kevin O’Connell and Jane O’Leary and performers Hugh Tinney and Fabian Panisello. The ensuing lively discussion portrayed the story of the life and work of contemporary classical music composers and performers in Ireland and Spain. 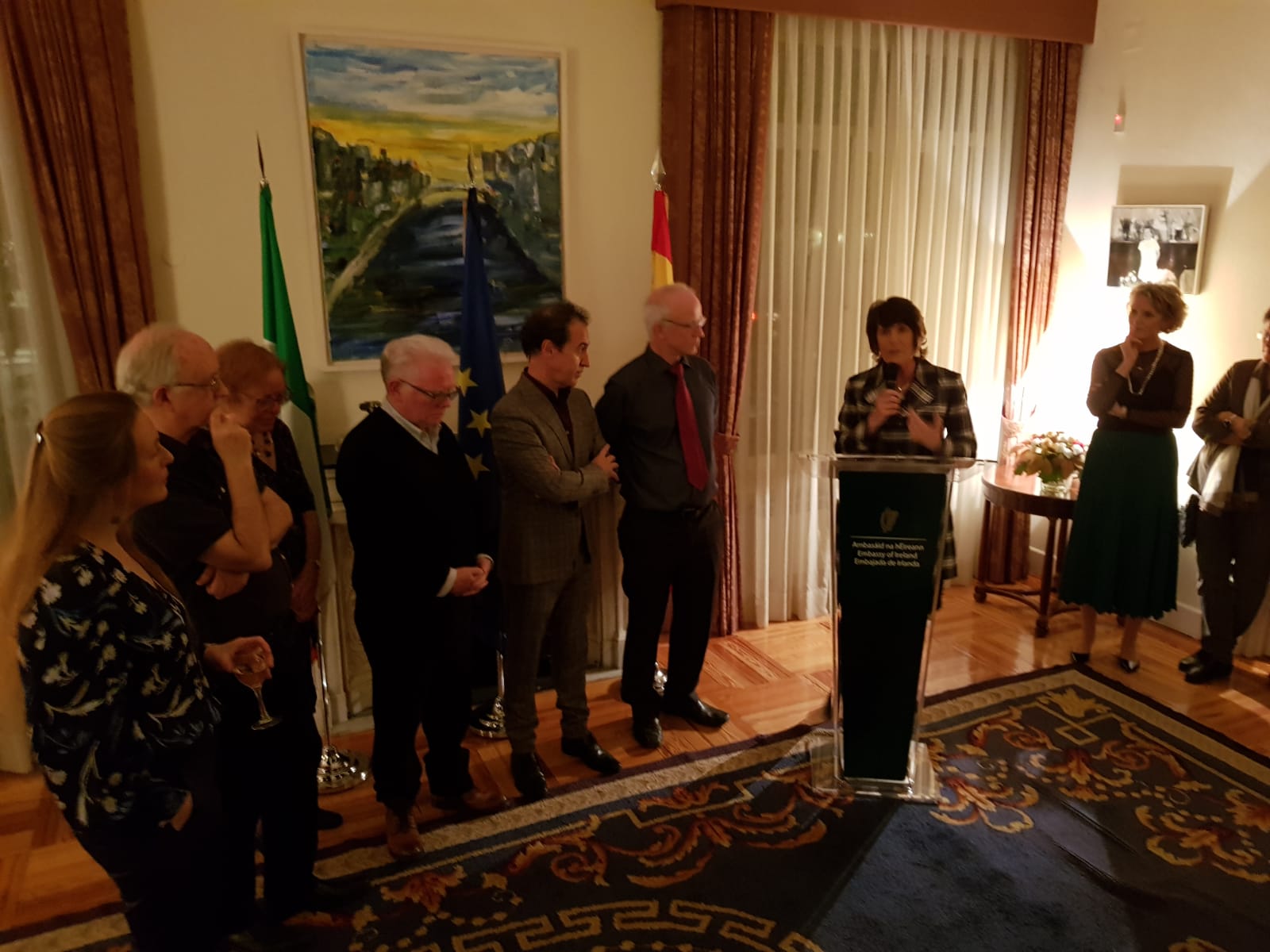 Irish Cultural Ambassador and world-renowned fiddler Martin Hayes responded to the Composer’s Voice contributions and compared the story of contemporary music from Ireland with Irish traditional music’s journey, finishing with a performance.  This was followed by a performance by Irish flamenco guitarist John Walsh and local artists, who were introduced by Kieran Owens, as the guests enjoyed the hospitality in the beautiful surroundings of the Ambassador’s Residence in the heart of Madrid. 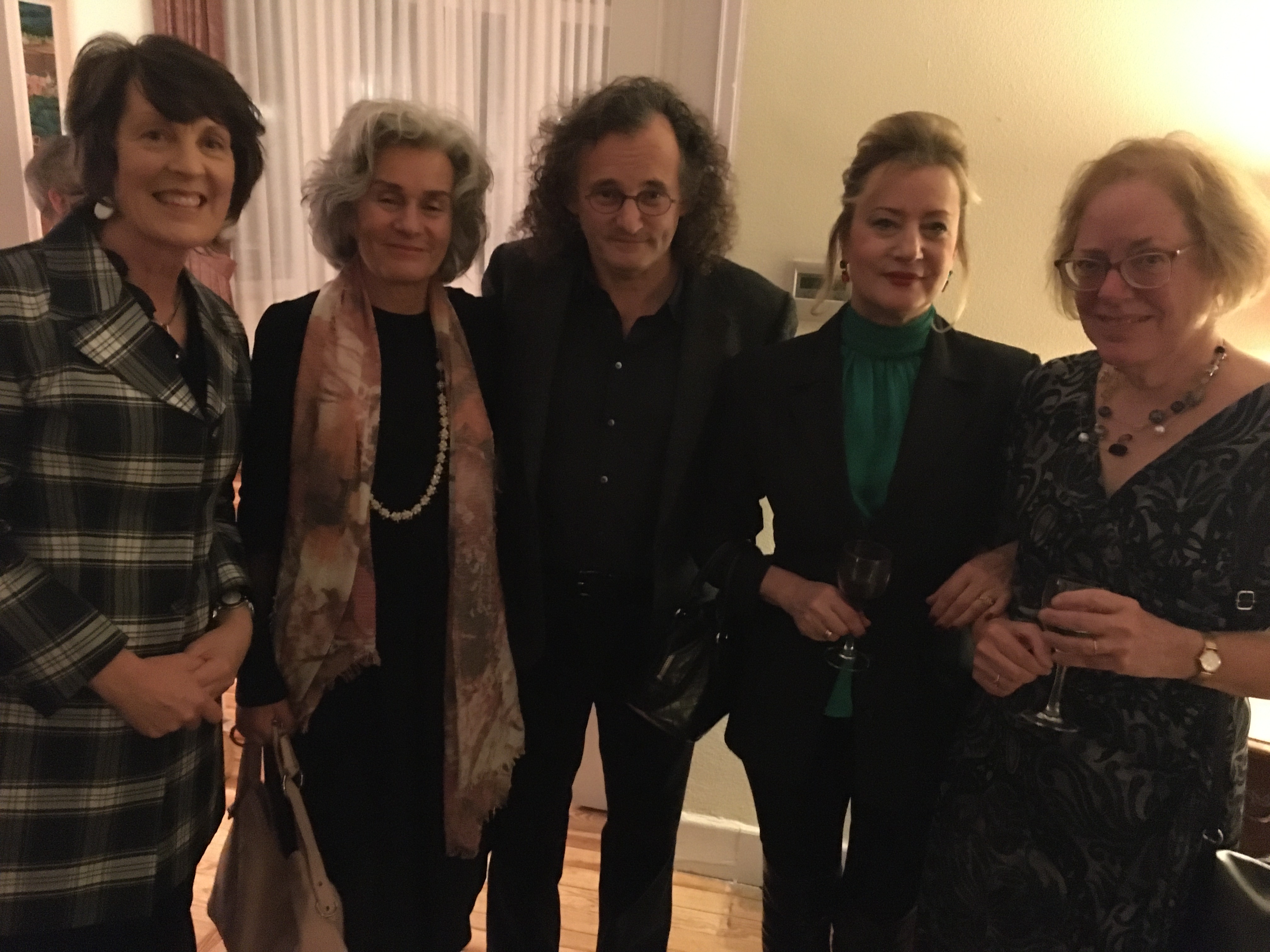 CMC would like to thank the BBVA Foundation for hosting these two concerts in Madrid; Fabian Panisello, Clara Marcos and the members of PluralEnsemble for their chamber music performances; Hugh Tinney for his solo recital; Ambassador Síle Maguire and all at the Irish Embassy in Spain for hosting a Reception; composers Raymond Deane, Deirdre Gribbin, Kevin O’Connell and Jane O’Leary and performers Hugh Tinney and Fabian Panisello for participating in the Composer’s Voice event at the Ambassador’s Reception led by CMC’s Linda O’Shea Farren; Irish Cultural Ambassador Martin Hayes for his support at all of the events; and Kieran Owens, curator on behalf of the OPW.  The composers’ attendance at these events was made possible by funding from Culture Ireland and CMC’s attendance was made possible by ongoing support from the Arts Council of Ireland/An Chomhairle Ealaíon.

“A charismatic voice in new music”.
Paul Conway, The Guardian

Kevin O’Connell was born in Derry and began composing when he was twelve. He studied composition with Redmond Friel (1907-1979) before completing a music degree at Trinity College Dublin.