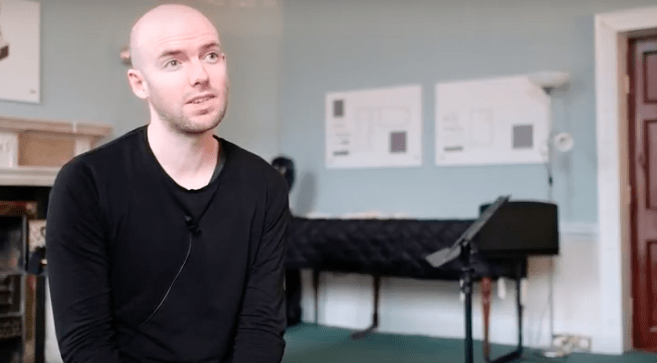 Awarded annually, Dublin City Council invites applications from artists for a bursary of €4000 towards studies at an advanced level or the development of work/professional skills in the areas of Visual Arts, Music, Drama, Dance and Literature.

The bursary will be a huge help in allowing me a little bit of time and space to reconsider the ways in which I'm making work, outside of the normal onslaught of commission deadlines. I also plan to use the funding to conclude my doctorate. At the moment in my own practice I'm engaged in particular with the creation of new multidisciplinary forms, and am the beginning stages of two large-scale experimental music-theatre/opera projects. I'm very grateful to Dublin City Council for supporting and affirming my work in music. Having lived in the city for the past five years and knowing the quality of work being made here across various genres, I consider myself very lucky to have been given such an opportunity.

2017 has seen Gallen delve into the worlds of dance and opera. His collaboration with Company Philip Connaughton’s dance-opera Extraterrestrial Events premiered at Dublin Dance Festival in May to critical acclaim and more recently his piece Yellow, a contemporary work-in-progress for two dancers and two musicians was presented in two sold out performances at Cork Midsummer Festival.

Gallen is currently composing A Month in the Lock, a dramatised song cycle which will be performed with Crash Ensemble in the Autumn, with the support of Dublin City Council and Opera Theatre Company, whilst also putting the finishing touches to a work for Chamber Choir Ireland that he began through CMC and Chamber Choir Ireland’s ‘Choral Sketches’ project earlier this year.

CMC wishes to congratulate Michael Gallen on his recent award success and look forward to hearing more about the works being developed as a result of this funding support.