In March 2022, Eric Sweeney was announced as the recipient of the Waterford News & Star Green Room Lifetime Achievement Award at an online event. The presentation of this award took place on Friday 27 May 2022 at Christ Church Cathedral, Waterford.

It means so much to our family for Eric to be honoured with this Lifetime Achievement Award. In announcing the award, Arts Correspondent Pat McEvoy described Eric as 'one of our own', which I think would have greatly pleased Eric. We came to Waterford nearly forty years ago, and it was here in our adopted county that so many of Eric's works were composed and performed over the years.

The award was presented at the Irish Chamber Orchestra's 'Travelling with Mozart' concert, in association with the Symphony Club of Waterford, an organisation of which Eric Sweeney was a founding member and chairman for many years. 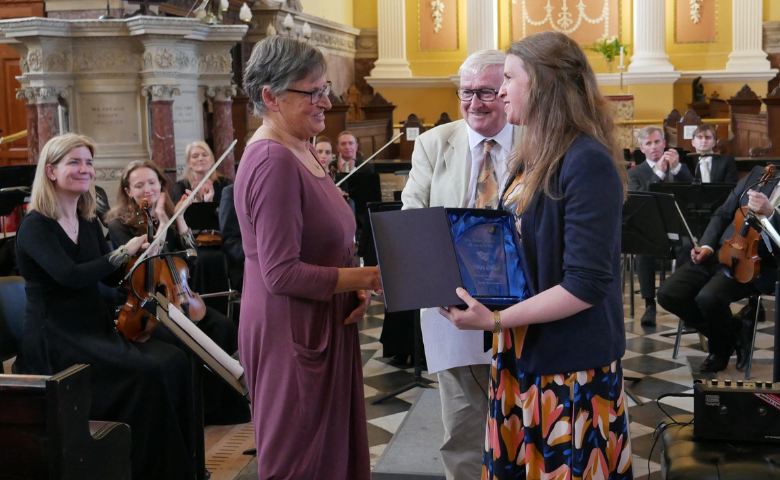 Eric Sweeney was born in Dublin. He studied in Ireland, England, Belgium and Italy and his first compositions – songs, piano pieces and choral works – date from the late 1960s.