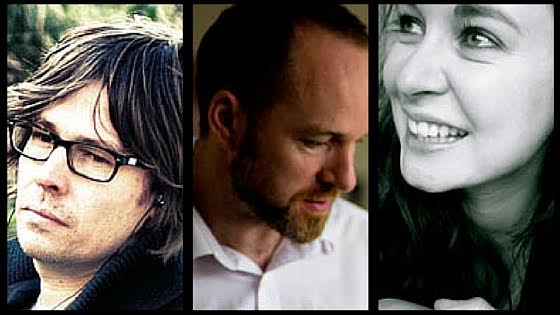 The RTÉ National Symphony Orchestra and the Contemporary Music Centre are pleased to announce Amanda Feery, Eric Skytterholm Egan and Scott McLaughlin as the composers selected to participate in the first Composer Lab.

Composer Lab is a new pilot initiative aimed at composers registered with the Contemporary Music Centre who have had their work performed professionally but who have not yet had their work performed by a professional symphony orchestra. It will aim to provide them with a creative and open environment in which to deepen their understanding of writing for the forces of a full symphony orchestra.

With a current work-in-progress as the starting point, the process will involve a one-to-one mentoring session with David Fennessy, a public workshop session in April with David, the RTÉ National Symphony Orchestra and conductor Gavin Maloney in a performance and feedback role and, following a revision period, a public performance on Monday 16 May 2016 by the RTÉ National Symphony Orchestra and Gavin Maloney at the National Concert Hall. Details of the April workshop will be announced at a later date once the creative and collaborative process is fully underway.

Eric Skytterholm Egan is an Irish-Norwegian composer based in Tynemouth, in the north of England.

Scott Mc Laughlin is a composer and improviser based in Huddersfield, UK, born in Ireland (Co. Clare). He lectures in composition and music technology at the University of Leeds.