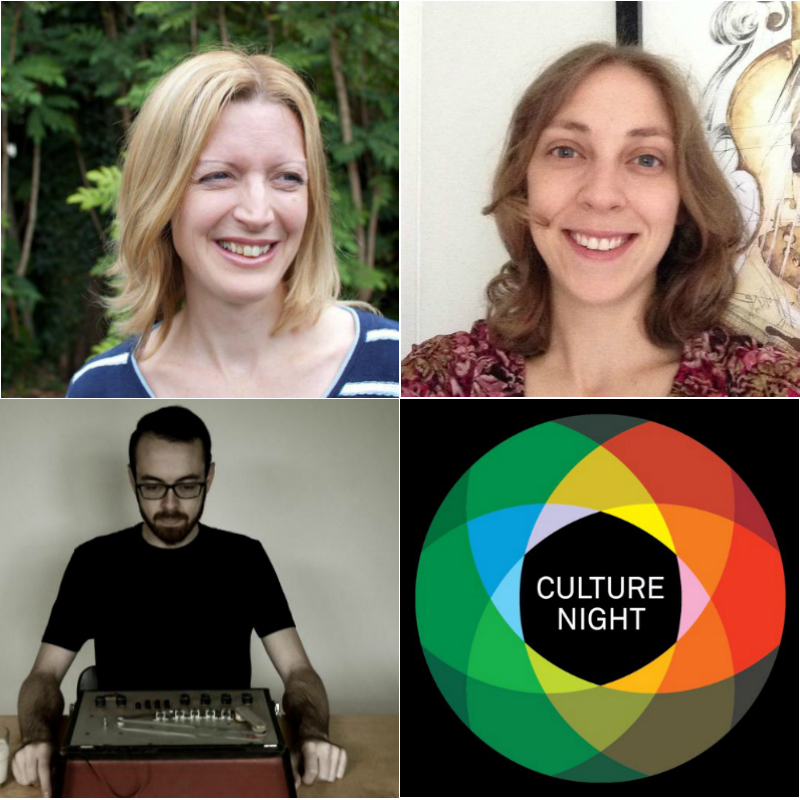 Culture Night 2017 takes place on Friday, 22 September and this year CMC will feature a newly-composed opera performed during the evening.

The opera, entitled Beneath Iseult’s Tower, is composed collectively by Elis Czerniak, Sinéad Finegan and Norah Walsh, and is commissioned specially for Culture Night 2017.

Beneath Iseult’s Tower takes its theme from Tristan and the Irish Princess Iseult, after whom Isolde’s Tower in nearby Wood Quay is named. Sinéad Finegan explains:

We began by looking at the history and story associated with the area around the Contemporary Music Centre on Fishamble Street. When we realised we were a stone’s throw from Isolde’s Tower, with links to the famous tale of Tristan and Iseult, it was a natural choice. It’s rare to find something so local which also has both an international resonance and a history within opera. The poem we used by Cawein was perfect, with its references to Iseult’s tower matching the verticality of the space we have here in Fishamble Street.

The composers have come together to work on the opera following an open call from CMC, and will also be assisted by Producer Síobhra Quinlan of OTC Opera Hub, Mentor Michelle O’Rourke and Deviser/Performer Bríd Ní Ghruagáin.

The composition element of the work is very collaborative, with composers devising common parameters and using each other's specific musical ideas to create a sense of cohesion to the work. This is a single work, not 3. The input from the performers has assisted in tailoring the score.

Working collaboratively, in a compositional or ideation sense, is a very rewarding progress as it allows the creative process to reach a form of ‘group flow’ where all individual input becomes one unified force.

The world premiere of Beneath Iseult’s Tower will take place at 6.30pm on Culture Night (22 September 2017) in CMC’s historic building on Fishamble Street, which lies in the shadow of Isolde’s Tower in the heart of Dublin’s Cultural Quarter.

Audiences can expect, according to Norah Walsh, “A dramatic and emotive introduction to Iseult’s plight where the audience is drawn right into the scenes, almost touching the action and sharing the depth of her feelings”

Elis Czerniak started composing as a late teen during his piano and guitar studies and then went on to play the cello and clarinet.

Norah Walsh is a composer, musical director and musician based in Dublin, Ireland.

Sinéad Finegan completed an M. Phil in Music and Media Technology from Trinity College, Dublin in 2011.