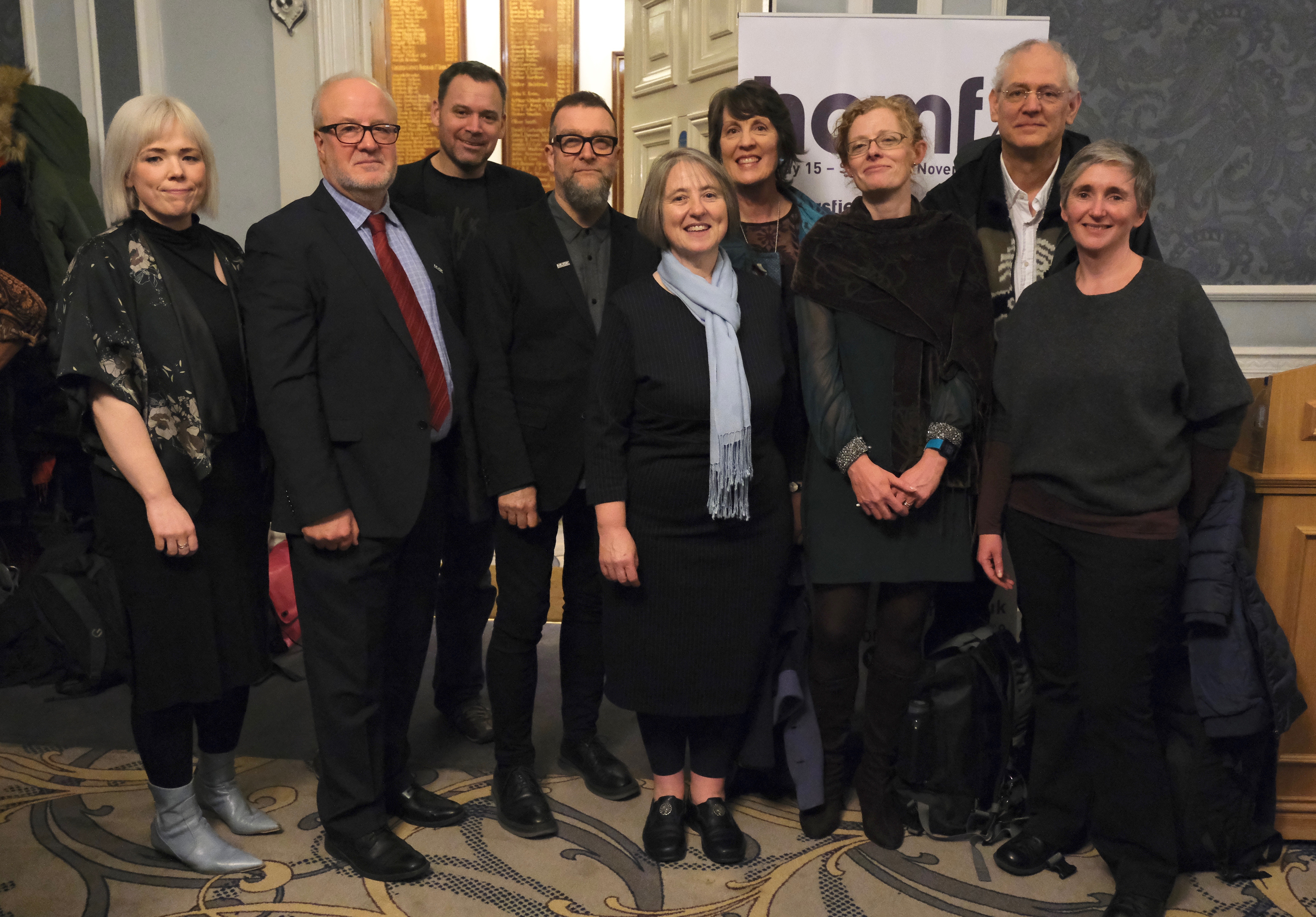 Huddersfield Contemporary Music Festival (hcmf//) has featured new music from Ireland in 18 of the past 20 festivals, with Crash Ensemble and Quiet Music Ensemble performing at festivals in recent years.

This year’s festival featured a portrait concert by Ann Cleare performed by the RIOT Ensemble, and CMC hosted the opening reception in celebration of the Offaly-born composer. The reception was held in association with Trinity College Dublin’s Music and Media Technology Masters programme and with support to Ann Cleare from Offaly County Council Arts Office. 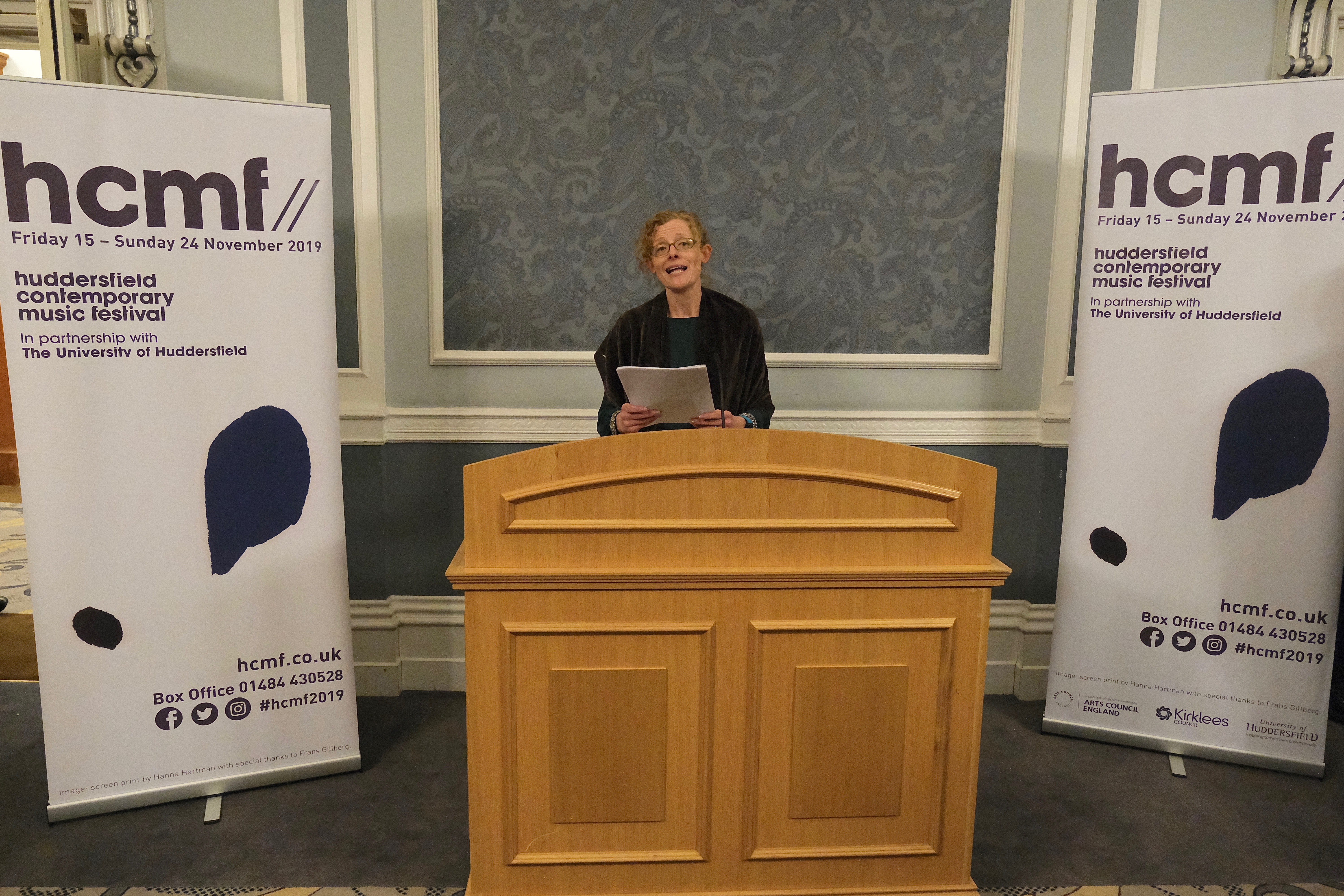 The reception was a unique networking opportunity for CMC to raise awareness of the contemporary music scene in Ireland among the international delegates attending the festival and the new music community in the UK. The invitation for CMC to host the festival’s opening reception came as a result of hcmf// Artistic Director Graham McKenzie’s participation in CMC’s NMDX International Delegate Programme in New Music Dublin Festival earlier this year. 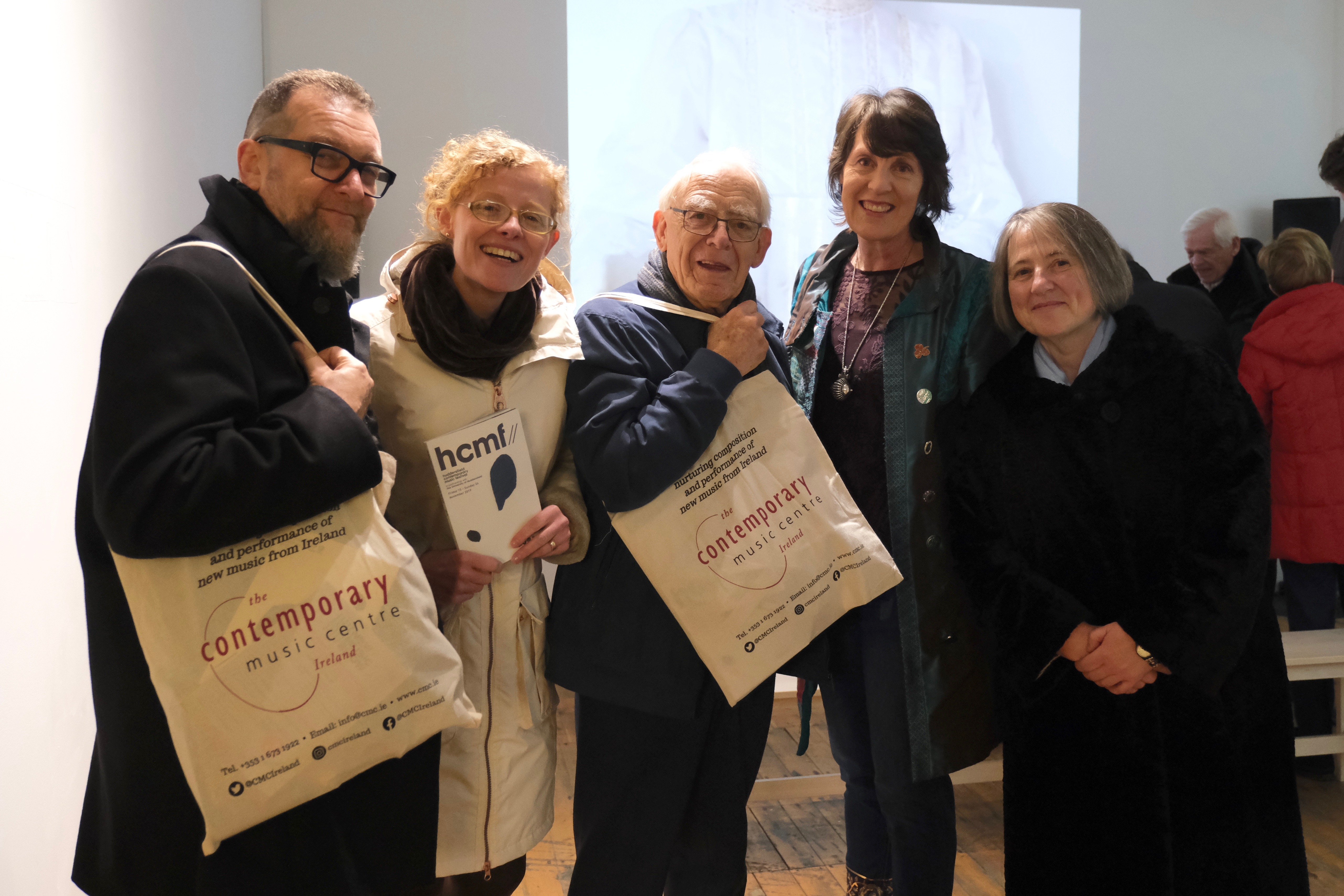 CMC’s Director, Evonne Ferguson, attended the opening weekend of hcmf// as a British Council delegate, which offered CMC the potential to explore new partnerships for collaborative projects both in the UK and across Europe, in the promotion of new music and composers from Ireland. For 2020 and beyond, CMC and hcmf// aim to deepen this partnership, helping to connect the festival with the vibrant and diverse landscape of contemporary music from Ireland.

Listen to some interviews recorded during hcmf//

Ann Cleare talks to Evonne Ferguson about her portrait concert and working with the Riot Ensemble.

Artistic Director and Principal Conductor of the Riot Ensemble Aaron Holloway-Nahum talks to Evonne Ferguson about Ann Cleare's work and working with the composer on her portrait concert.

Composer and Artistic Director of Quiet Music Ensemble John Godfrey talks to Evonne Ferguson about the festival's delegate scheme and the importance of exchange and networking within the international new music community attending the festival, and the current stylistic diversity within new music from Ireland.