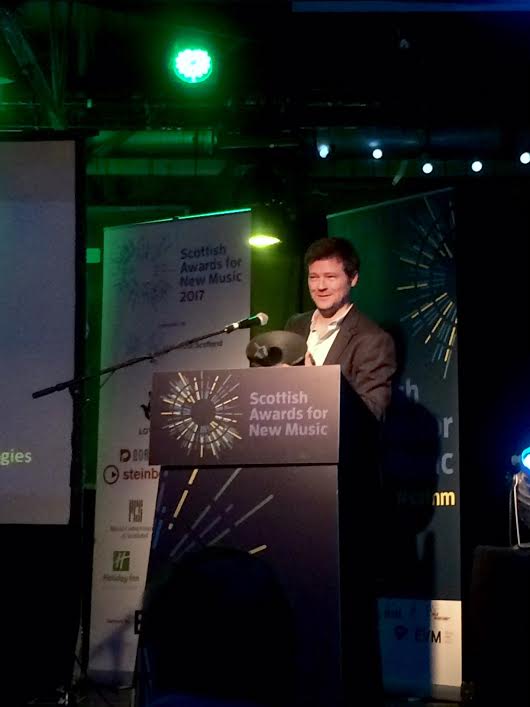 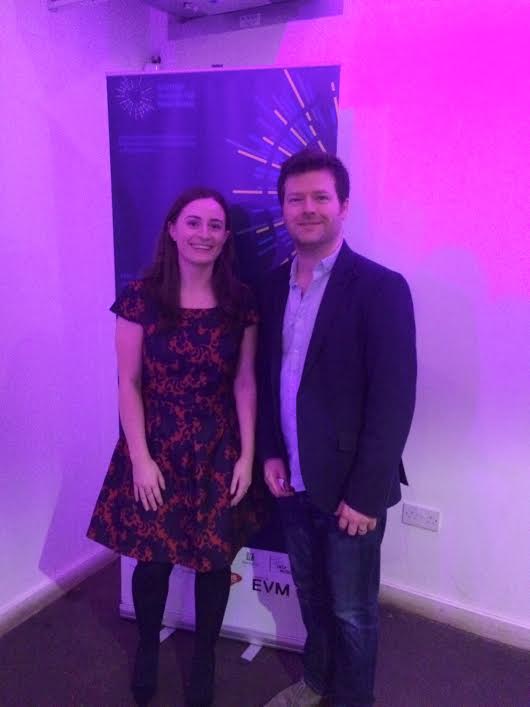 At a ceremony in Glasgow on 8 March, David Fennessy was awarded a prize in the small/medium scales works category of the inaugural Scottish New Music Awards for his piece Panopticon.

CMC attended the awards, which took place in Glasgow’s Drygate Brewery and was hosted by Scottish based mezzo-soprano Andrea Baker and featured performances from cellist Robert Irvine and musician MacGillivray. The shortlist for the awards was announced earlier this year. David Fennessy:

I'm delighted to receive this award for my piece Panopticon. Thanks to Hebrides and Psappha Ensembles who commissioned and toured it and also to Creative Scotland and PRS Beyond Borders for funding it. It's quite noticeable the breadth and diversity of the work being made in Scotland at the moment and I'm really optimistic for the future of the new music scene here so it's especially gratifying to be recognised at the first of these Scottish New Music Awards.

CMC congratulates David Fennessy on his award. A special thanks also to New Music Scotland for hosting a wonderful event and for their hospitality.

Pictured above is David Fennessy receiving the award, and the composer with CMC's Information and Communications Coordinator Stephanie Ford.
david fennessy
awards