New Opera in Ireland in the 21st Century - report

With a negligible past to call its own and a creative hinterland largely located elsewhere in contemporary European practices, the issue of opera’s future in Ireland was the subject of the CMC-hosted symposium ‘New Opera in Ireland in the 21st Century’ on 23 March.

Two issues – funding and audiences – and a provocative question posed by McNeff – “Why does Ireland need opera?” – dominated proceedings.

Long regarded – and treated – as the Cinderella of Ireland’s live art forms, opera has been enjoying something of a renaissance of late, attracting growing interest and involvement from composers, producers and audiences.

Against a background of burgeoning activity over the past decade – the opening in 2008 of Wexford’s €33 million Opera House and its designation as Ireland’s “National Opera House” in 2014; new operas from Gerald Barry, Roger Doyle, Donnacha Dennehy, Ian Wilson, Jürgen Simpson, Derek Ball and Siobhán Cleary; and the launch of Wide Open Opera by conductor Fergus Sheil and producer Gavin O’Sullivan in 2012 – the symposium began with a reminder from Michael Dervan of the parlous state of opera in Ireland a mere generation ago.

In the early 1980s, the annual grants of organisations like Wexford Festival Opera and the Dublin Grand Opera Society were lower than the cost of building a set at the Royal Opera House in Covent Garden. In 1985, the city of Bonn [Germany], with a population of under 300,000 people, spent more on its theatre than the Irish government did on all of the arts through the Arts Council.

The situation did improve. For a time. If the Celtic Tiger boom years were a boon to the arts – in the year before the global economic crash of 2008, the Arts Council optimistically launched a campaign arguing for baseline funding of €100 million (its 2017 allocation amounts to just €65.1 million) – the aftershocks of the financial collapse continue to be felt.

Opera – the most labour intensive and expensive of art forms – has suffered the most as government purse strings tightened and audiences adjusted to dwindling levels of disposable income.

Ironically, even as Irish composers are committing to the form in a manner inconceivable at any point in the past century, opportunities to reach wider audiences are fewer and further between.

In light of the Arts Council’s current commitment to supporting “main-scale” performances (a definition that presumes the involvement of a full orchestra) of “core-repertoire” works, the last such support for a living Irish composer can be dated to 1967, when Gerard Victory’s The Music Has Mischief was produced at the Gaiety Theatre.

In the interim, support has been extraordinarily patchy, patchy beyond belief. There isn’t a single [contemporary Irish opera] that comes within an ass’s roar of being a repertoire piece. - Michael Dervan

It’s cold comfort of course, but new Irish operas are not alone in their struggle to enter the repertoire. Globally, the new opera that achieves such elevated status is the glaring exception to the rule.

Since the demise of Opera Northern Ireland in the 1990s and Opera Ireland in 2010, chamber-sized productions – notably championed by James Conway during his stewardship of Opera Theatre Company – have increasingly become the default position for new operas.

But if opera, as some argue, needs operatic scale in order to truly succeed, it’s a circle that can’t easily be squared when money is lacking, as Arts Council Opera Advisor Randall Shannon observes:

The economic challenge of mounting a main-scale production of a contemporary work is colossal. It’s a challenge too far for most companies. It’s an eternal problem because on the one hand the Arts Council wants to support the development of ideas and composers, but giving developmental support to a project cannot imply there will be production support for the finished article. The resources don’t allow it.

How best, then, to spend the limited funding available? Would money be better spent if it were targeted towards “two or three composers with growing international reputations… or to support the work of young, aspirant opera composers and help them to develop their craft”?

The suggested dichotomy prompted a curt response from Tynan: “It is up to those people who are choosing what money goes where to know exactly what they are talking about and to be able to make those judgements. A lot of the people making those judgements don’t know what they are talking about; don’t know about composition and structure and end product.”

For Dervan: “It’s not about the size of the cake, it’s about choices that the [Arts] Council in its wisdom, or its ignorance, makes about the proportion of the cake.”

It isn’t, necessarily, all about money. When Ann Cleare wrote her first opera, Rinn – a chamber opera based on excerpts from James Joyce’s Ulysses – for the biannual Salzburg Taschenopernfestival (Pocket Opera Festival) in 2016, “It was more of an offer of a production… it wasn’t much of a commission fee but it was a huge production opportunity. That was very rare.”

The experience proved to be a creative epiphany for her:

Working with a director and all the different people involved in the opera was fantastic for my work. It gave it a new kind of life and has taken me into directions I wouldn’t have gone into otherwise.

But although the Salzburg engagement gave Cleare “a better commission from the Arts Council to develop and write it… the production was outside of Ireland.”

So what is the best strategic direction for Ireland’s opera composers and producers? Wexford’s designation as the “National Opera House” notwithstanding, is the absence of a dedicated opera venue in Dublin no less crucial than arguments over the level of available funding. Would a flagship opera house in the capital establish a critical mass of audiences or create a sufficiently strong centre of creative gravity to force the issue of provision for Irish opera?

The majority of capital cities in the world have an opera house or a lyric theatre that can present opera and ballet. In the absence of that in Dublin, we are at a disadvantage.

[Pierre] Boulez was often quoted as saying at one point in the Sixties that ‘all the opera houses of Europe should be blown up’. The point he was making was that the 19th-century structure of an opera house was not appropriate for the development of the art form. A concentration on new main-scale opera is missing the point. 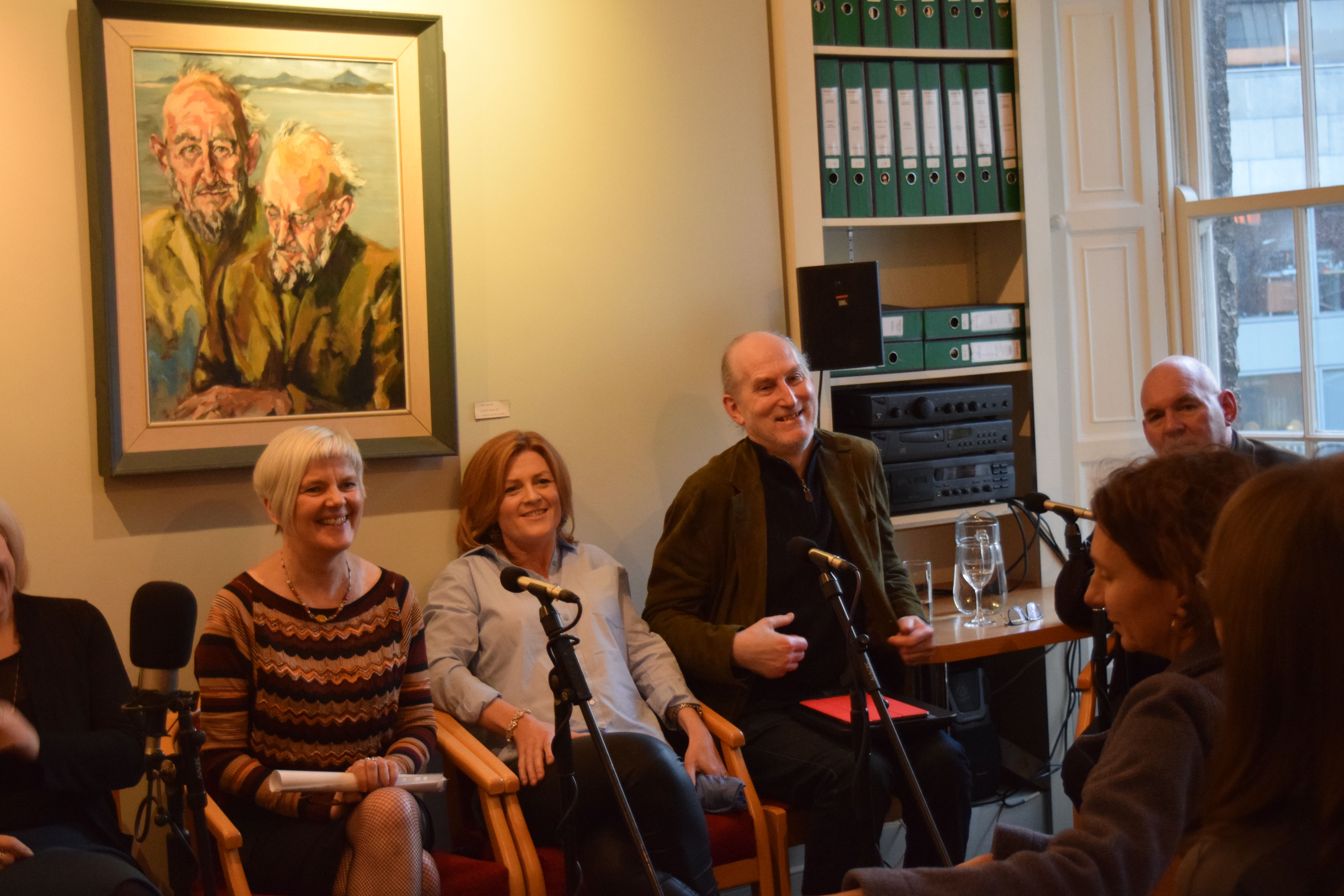 For some, concert performances are part of the solution to raising the profile of new Irish opera, for others part of the problem in preventing full productions. So, too, the re-aligning of opera with music theatre and, Stephen McNeff claimed, the engagement with community opera – a “no-brainer” – in developing audiences.

A contribution from composer Michael Gallen argued that the boundaries between opera and the musical have already begun to dissolve:

An appreciation from the increasing multi-disciplinarity of people’s tastes is an important thing. In theatre there are audiences that will go to see extremely experimental music-theatre pieces. Those audiences are ripe for opera. They’re going to see operas, they just don’t know it.

As opera continues to evolve, how does the definition of what constitutes an opera change? And how, Tynan asked, “do we create a better environment for new opera to emerge?”

McNeff answered that query with a series of additional questions:

There are a number of elements you have to address when you’re talking about opera. Who is it for? What is the audience? How do you nurture audiences? How do you help composers and writers develop a practice that is going to sustain the people already interested in opera – and [those] who you want to be interested in opera – at the same time as moving the art form along?

Pointedly, McNeff provided his own answer:

You can’t really take the art form forward in any meaningful way unless you somehow address all of those questions at the same time. The usual thing that comes back when you try to even start addressing some of those questions is ‘Who’s going to pay for all of this?’

Political sensitivities clearly play a part in funding allocations. Opera’s association with affluent audiences – albeit a relatively recent phenomenon in the form’s history and not a notion with any credence in large parts of Europe, Germany and Italy especially – has skewed the form’s perception. Rare is the politician who bangs the drum for opera.

For McNeff, the solution is straightforward:

I take the view that opera can be a much more relevant art form and therefore you have to put money into it in order to encourage new audiences. And devise strategies to take that elitist hex away from opera.

The intentions of composers and the defining relationship with their librettist is also fundamental to the process. McNeff: “Writing an opera for a composer has to be more than just about setting words to music. You have to interrogate the notion of what it is that opera can bring to your chosen subject that didn’t exist in it already? What insights can it provide?” 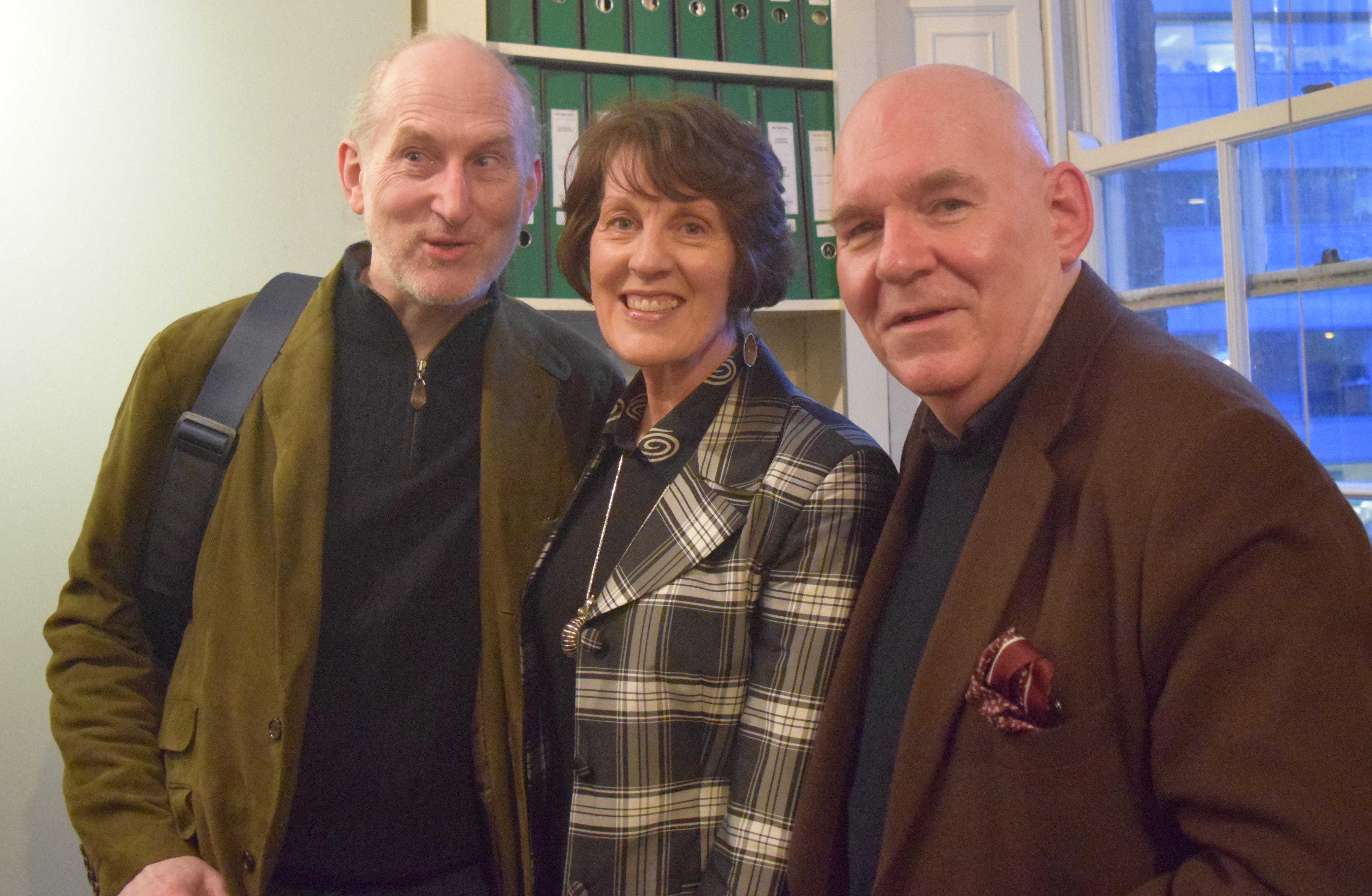 Diverse in style and content, new operas by Gerald Barry (The Importance of Being Earnest), Derek Ball (Síle an tSleibhte, featuring tin whistles and live electronics) and Brian Irvine (the ‘street opera’ Things We Throw Away) suggest practitioners are already grappling with those issues.

While soprano Sylvia O’Brien acknowledged that groundswell of the new and the contribution of singers to raising the profile of new opera, she cautioned that making opera accessible means “de-mystifying” it by being “open as performers to including it in our repertoire”.

The most provocative question in the symposium came from the devil’s advocacy of Stephen McNeff.

Why does Ireland need opera? It’s not an indigenous art form. Its not one that was invented here. It’s not embedded in the culture in the way that poetry and drama is.… Why spend money on all that huge infrastructure that you need to produce home-grown opera from the ground up?

Composer Anne-Marie O’Farrell had the answer to that conundrum: “We’re brilliant storytellers. We have ancient traditions of story, of singing and being musicians. When you put those things together what you might get is opera. As composers it’s in us to write something.”

She also expressed frustration at the prominence of the “half-way house” solution of semi-staged and concert performances of operas.

Katy Hayes – librettist for Siobhán Cleary’s Vampirella, which received its first performance by students of the Royal Irish Academy of Music on the evening of the symposium – added the conciliatory observation that “culturally we are in our infancy.”

And that, she added, was why Ireland needs opera: “Because we actually now are creating a lot of opera practitioners. Also on the stage management and design side. There’s a grassroots level coming up that should help to create new audiences as well.”

With the implicit assumption in the Arts Council’s recently announced strategy for opera (complete with funding for commissioning) that successful projects will be produced, the need for consistent structural support has never been more pressing.

“You have to have a process,” insists Tynan. “It’s no longer acceptable for a composer and librettist to sit down and say ‘We’ll write an opera and then see who will put it on’. It doesn’t work any more that way.”

Michael Quinn is a freelance music and theatre journalist based in Co. Down.