Composer Lab is a new pilot initiative developed by the RTÉ National Symphony Orchestra and the Contemporary Music Centre aimed at emerging composers who have had their work performed professionally but who have not yet had the chance to work with a symphony orchestra. 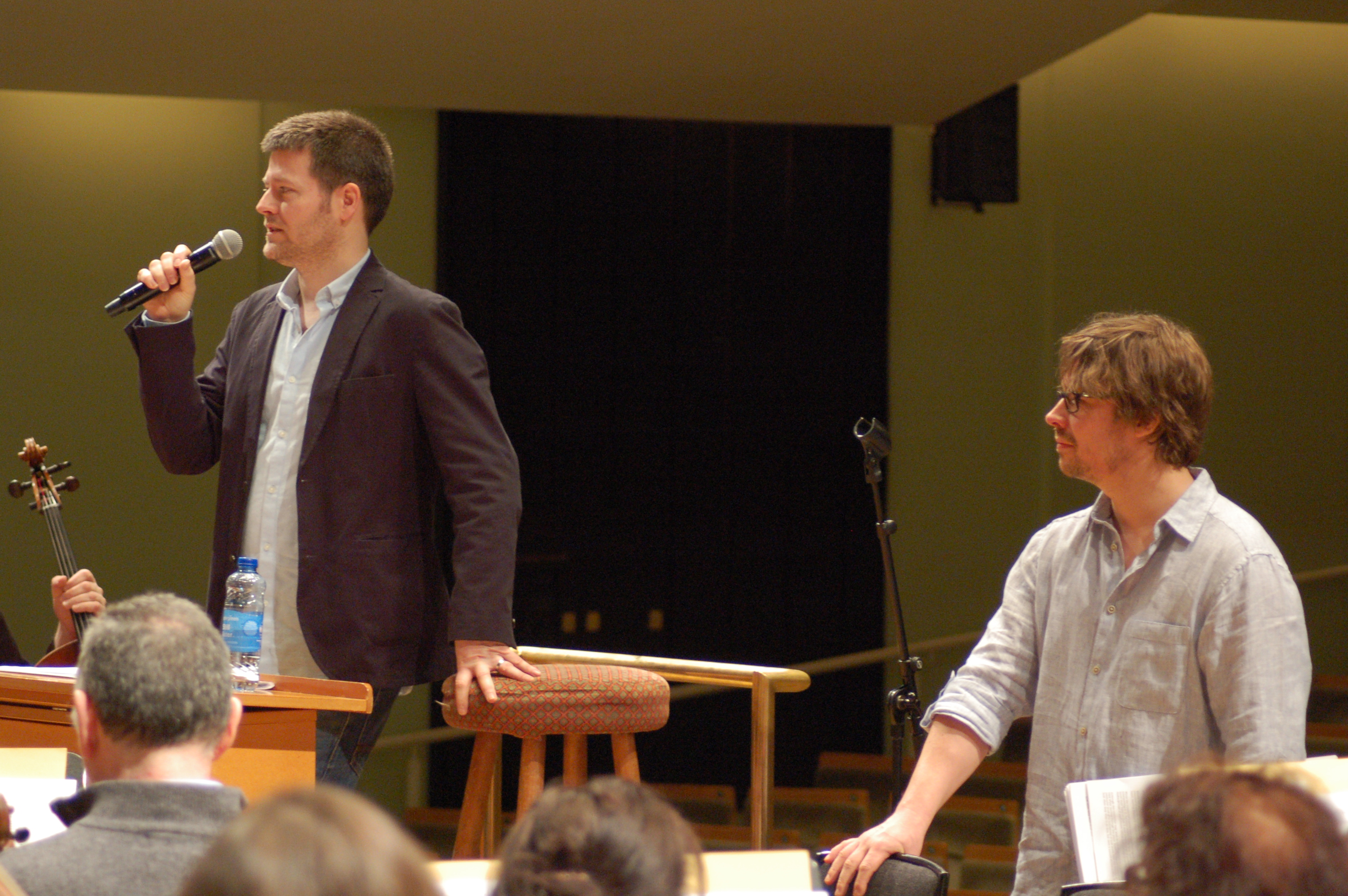 David Fennessy and Eric Skytterholm Egan
Ahead of the concert performance of completed works on 16 May, Amanda Feery, Eric Skytterholm Egan and Scott McLaughlin's works were given a workshop with composer mentor David Fennessy, conductor Gavin Maloney and the RTÉ National Symphony Orchestra on 5 April. The workshop took place at the National Concert Hall in front of an audience, and the composers were each given time to hear their pieces played by the orchestra, and to answer questions and receive feedback on what they had written. 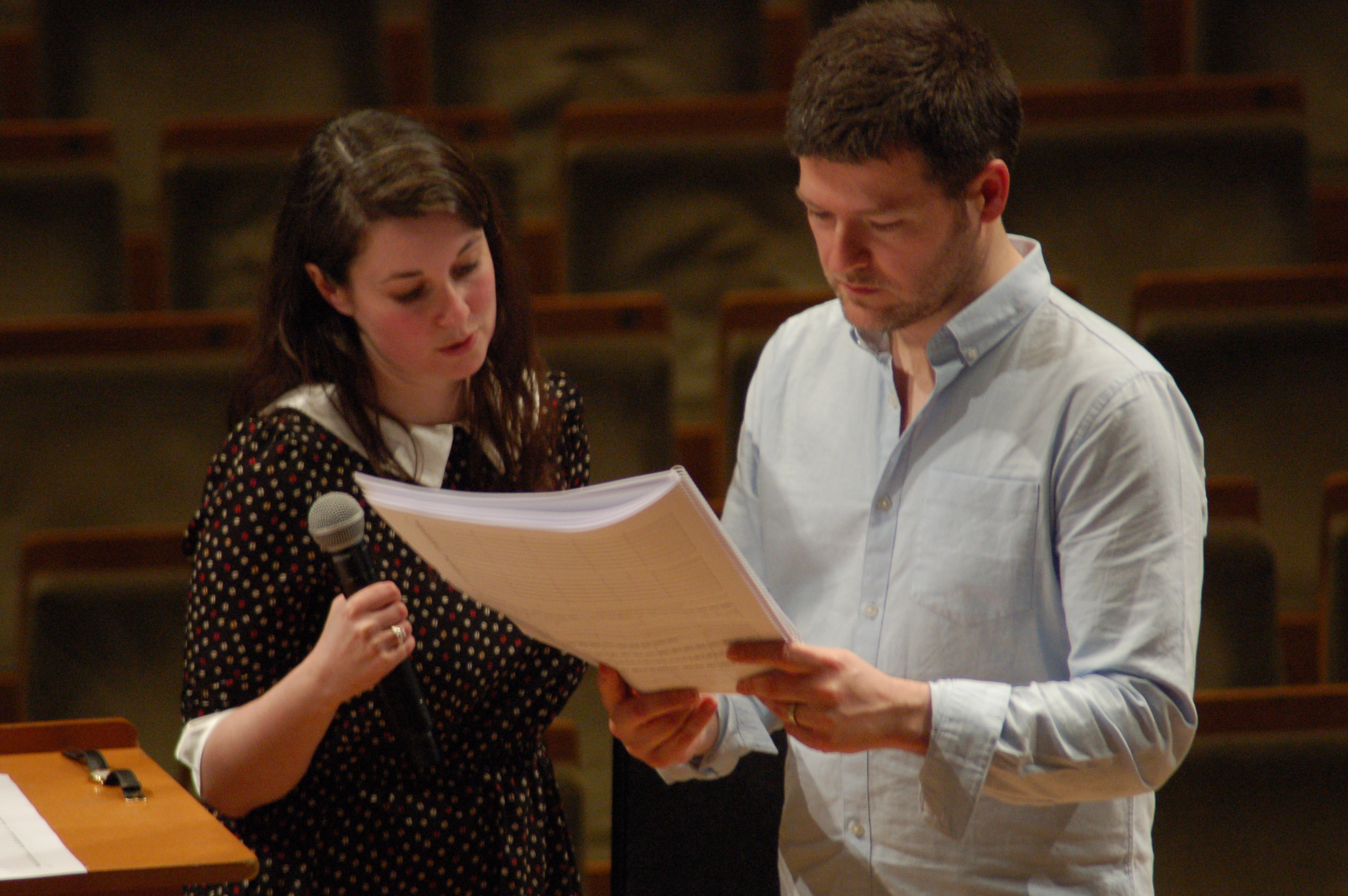 Amanda Feery on the experience:

It's been so helpful to be able to stand back and listen and then tweak what you want to listen to - there's been plenty of time to do that. 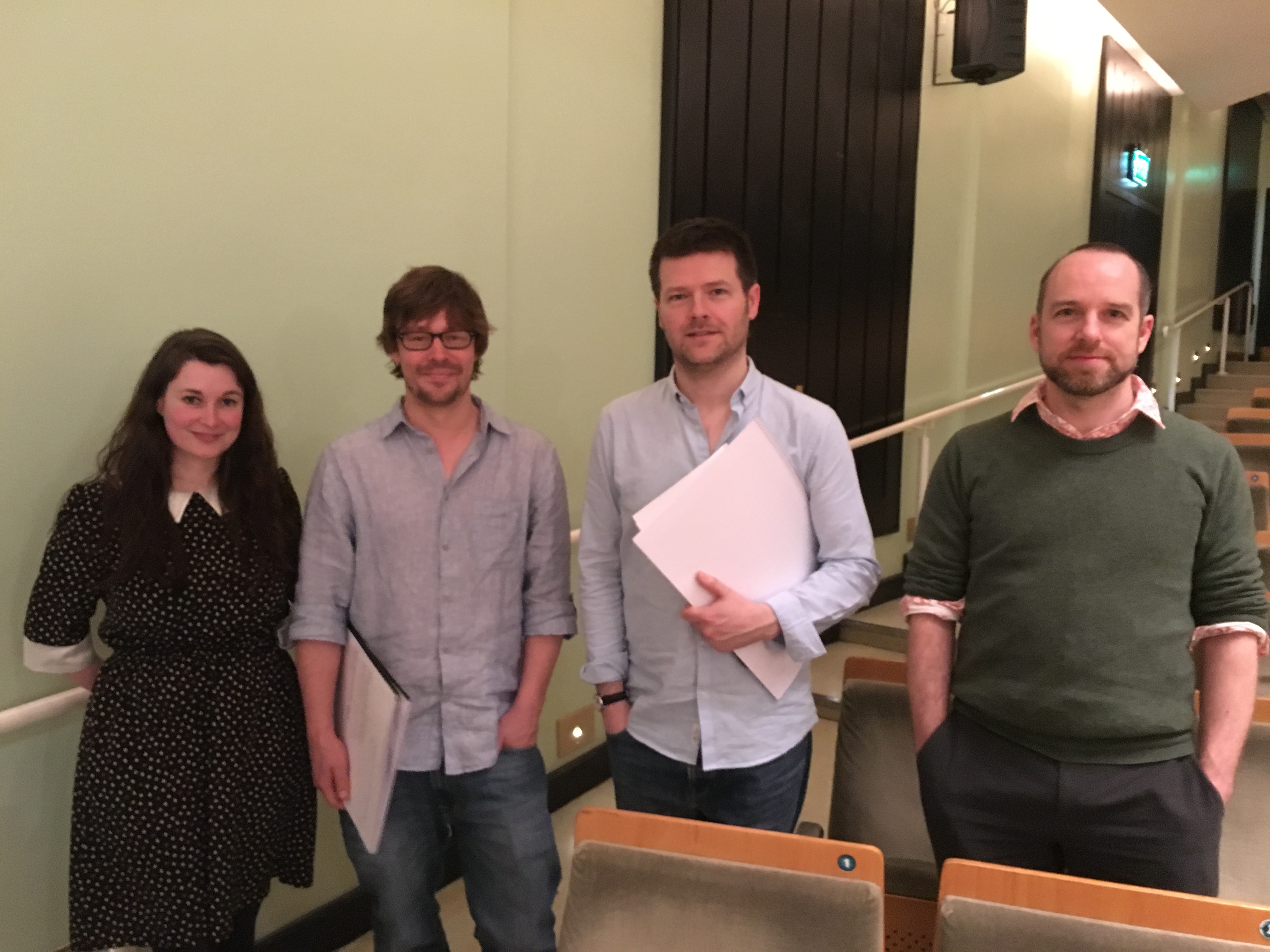 You're always a bit nervous about this kind of thing because you're never 100% sure about how things will work before you hear them, but it was a very positive experience

Scott Mc Laughlin is a composer and improviser based in Huddersfield, UK, born in Ireland (Co. Clare). He lectures in composition and music technology at the University of Leeds.

Eric Skytterholm Egan is an Irish-Norwegian composer based in Tynemouth, in the north of England.