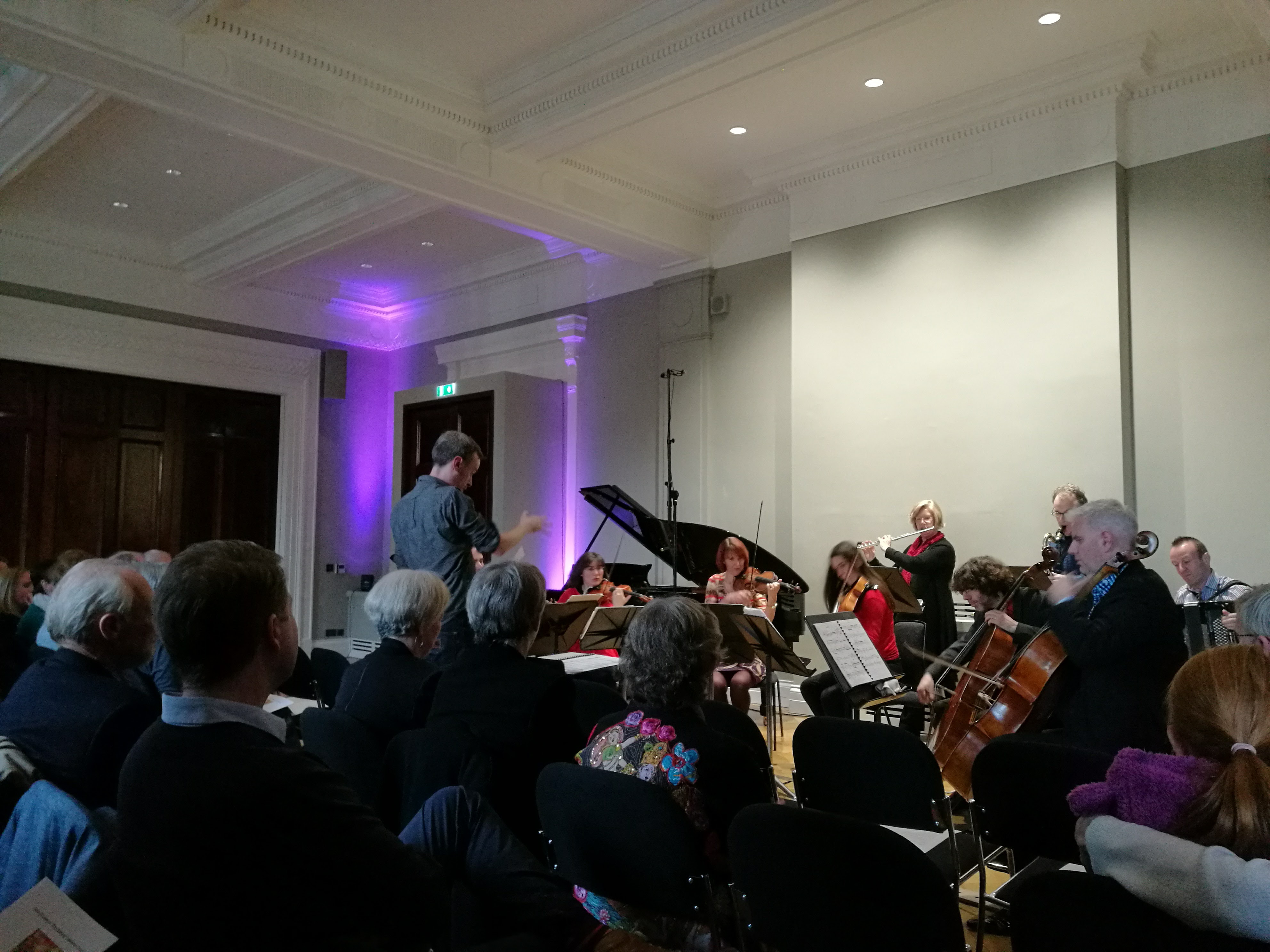 Friends and colleagues of composer Jane O'Leary celebrated her 70th birthday on 20 November at an invitation concert at the National Concert Hall, Dublin.
The concert, which was organised by Ed Bennett along with CMC and the National Concert Hall, featured Concorde, the ConTempo Quartet and pianist Xenia Pestova performing works by Jane O'Leary, as well as specially composed birthday pieces by composers whom Jane had worked with and performed over the years. 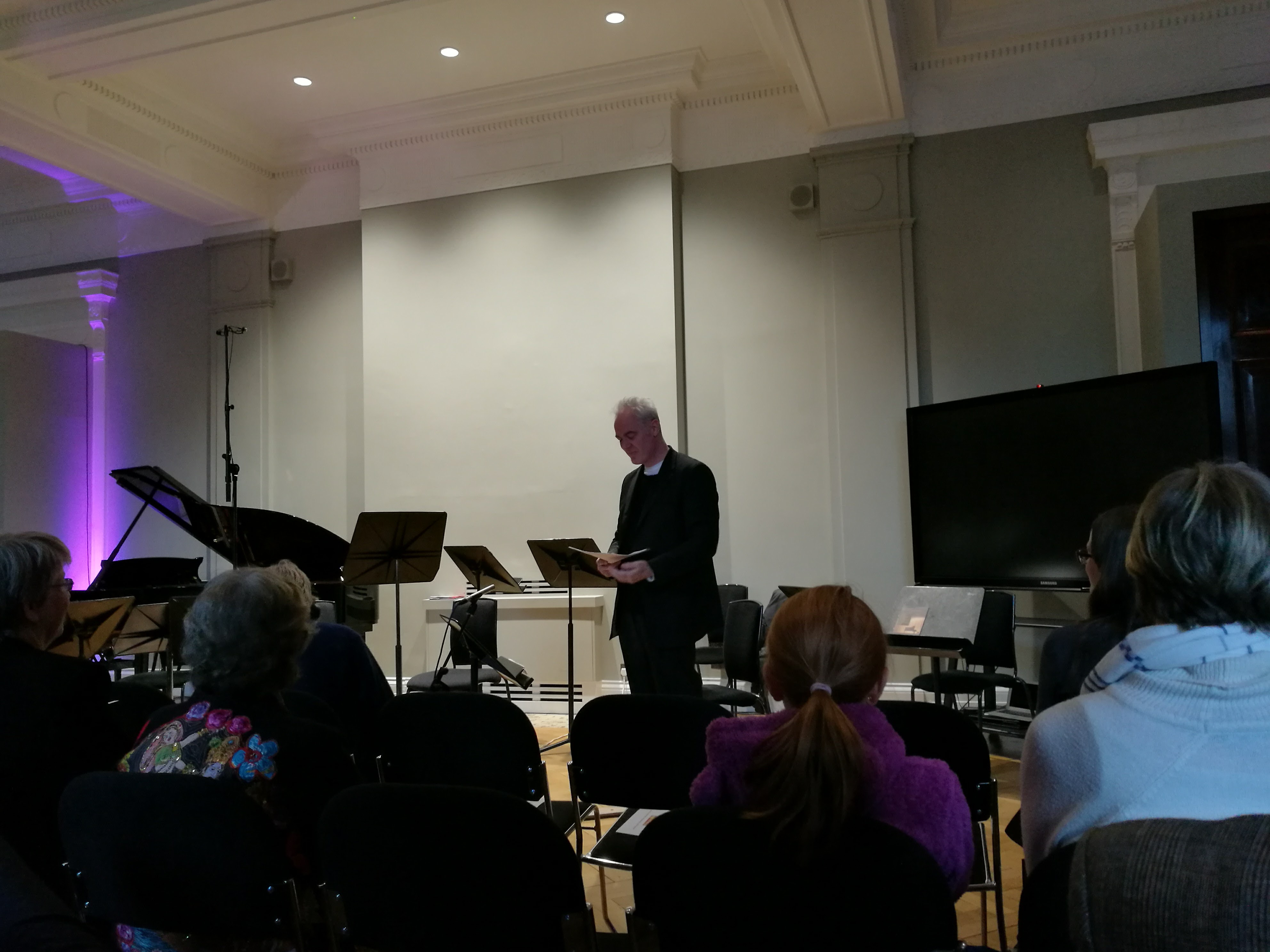 Bernard Clarke
The concert was presented by Bernard Clarke of RTÉ Lyric FM, who spoke warmly about Jane's significant contribution to Irish composition and music in Ireland over the past 40 years.
In the closing speech, Director of CMC Evonne Ferguson also spoke about Jane's special role in the early years of CMC's development, when she served as Chairperson of the Board in the 1990s. During this time, she worked with the then director of CMC, Eve O'Kelly, to build CMC into a national resource for contemporary music. "Jane's advice, vision and good governance were an essential support to CMC in those early years", said Evonne Ferguson. "Even this year,  2016,  it was Jane who was called upon to advise CMC on all things Galway related when CMC hosted the IAMIC annual meeting and conference there in June 2016.  Her wonderful programming of Irish music and a music trail across the weekend is still being discussed and praised by the international delegates." 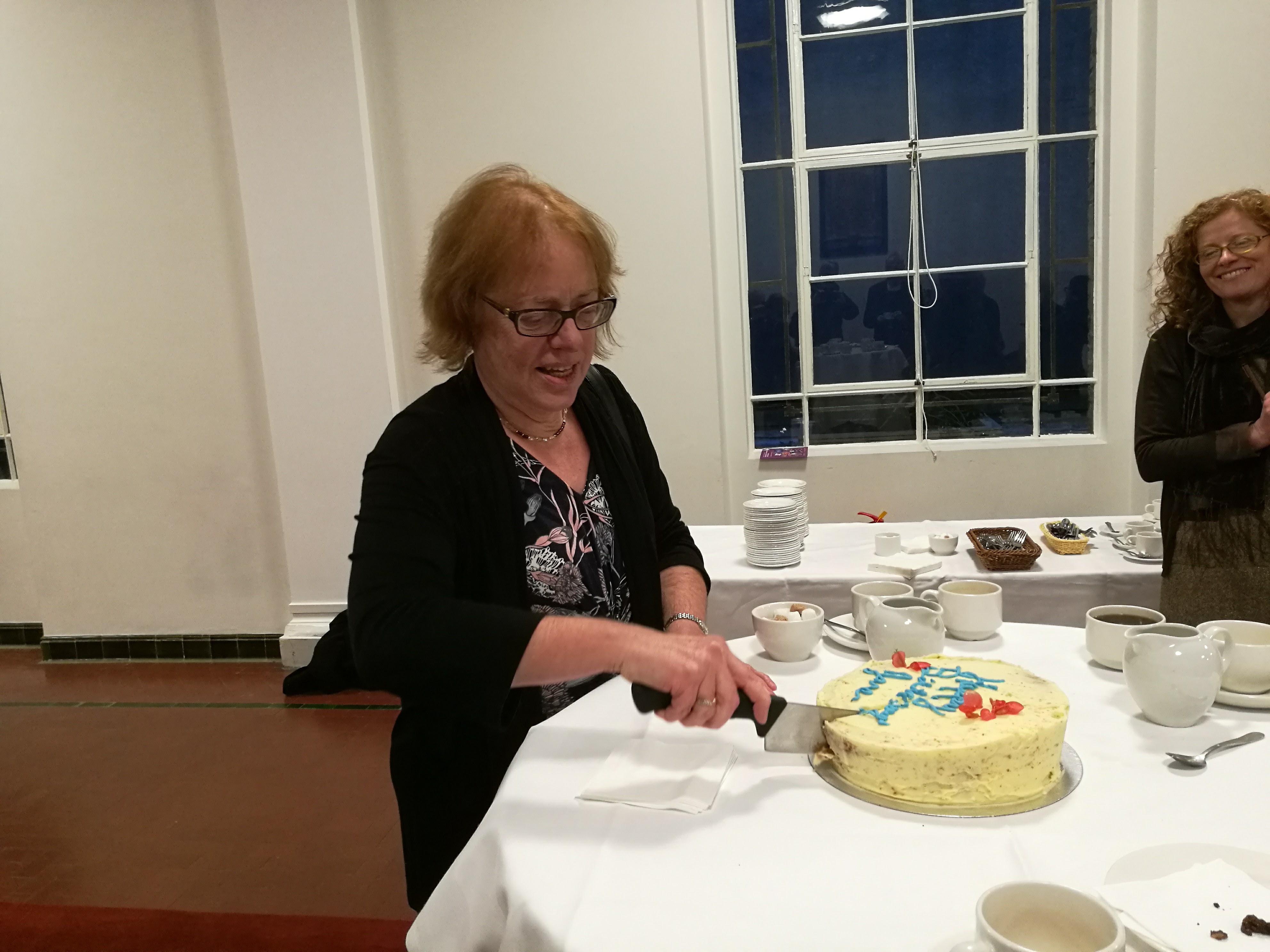