The Contemporary Music Centre, Ireland and Centre Culturel Irlandais announce Ulysses Journey 2022 to celebrate the 100th anniversary of the publication of Ulysses by James Joyce

The 100th anniversary on 2 February 2022 of the publication of Ulysses by James Joyce will be celebrated all over the world. In light of the importance to Dublin and Ireland of this milestone in world literature, as well as its significance to Paris and France, the Contemporary Music Centre, Ireland (CMC) and Centre Culturel Irlandais (CCI) are presenting an international celebration. 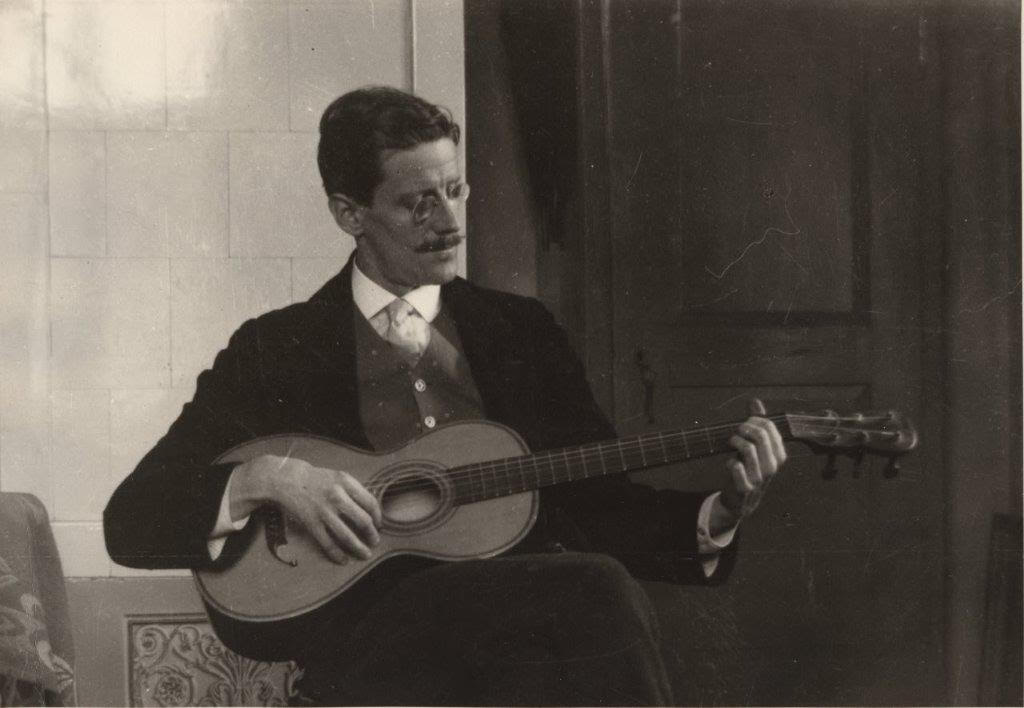 Given Ulysses’ connections with Ireland, France (where it was published) and Hungary (through the character Leopold Bloom), Ulysses Journey 2022 will start in Dublin and Paris on 2 February 2022, and will journey to Belfast and back to Dublin in early February 2022 and throughout April 2022, onwards to Budapest for Bloomsday 2022 and 17 June 2022, and will end in Paris on 18 June 2022.

As part of Ulysses Journey 2022, CMC and CCI have co-commissioned six new works by composers from Ireland, which are inspired by, reflect on and/or respond to Ulysses, together with films by filmmakers from Ireland to accompany these new works. These new music and film works are supported by the Irish Government through the Department of Foreign Affairs and the Decade of Centenaries 2012–2023 programme; by One Dublin One Book 2022 through funding from Dublin UNESCO City of Literature and Dublin City Council; and by New Music Dublin 2022.

A series of concerts of new and existing works by both Irish and Hungarian composers will also be presented in Belfast, Dublin, Budapest and Paris, which will be performed by Hungarian guitarist Katalin Koltai and Irish soprano Elizabeth Hilliard and will feature works selected by Katalin following an open call for works. The composers from Ireland featured will be Daragh Black Hynes, Greg Caffrey, Seán Clancy, Benjamin Dwyer, Áine Mallon, Gráinne Mulvey and Ian Wilson and the Hungarian composers featured will be Máté Balogh, Alessio Elia, Samu Gryllus, Petra Szászi, Márton Szőcs and Péter Tornyai. Details of the works by these composers to be featured in each of these concerts will be published closer to the time of performance.

The world premieres of the six new music and film co-commissions will be screened simultaneously in the Irish Film Institute in Temple Bar, Dublin (at 5.30pm Irish time) and Centre Culturel Irlandais in Paris (at 6.30pm French time) on 2 February 2022, the 100th anniversary of the publication of Ulysses. This will be followed by a screening in SARC at Queens University Belfast at 7.30pm on 5 February 2022, together with a discussion on Joyce and Ulysses by composer Benjamin Dwyer with CMC’s Linda O’Shea Farren in relation to Ulysses and Joyce in general to complement the film screenings in Ireland.

In addition, CMC will present a concert of new and existing works by both Irish and Hungarian composers in partnership with Moving on Music in The MAC in Belfast at 8.00pm on 4 February 2022, which will be performed by Hungarian guitarist Katalin Koltai and Irish soprano Elizabeth Hilliard. And, at noon on 6 February 2022, CMC will also present a concert by Katalin and Elizabeth in partnership with Sundays @ Noon in The Hugh Lane Gallery, Dublin.

These new music and film co-commissions will also be featured in New Music Dublin 2022 and One Dublin One Book 2022 in April 2022.

On 16 June 2022, Bloomsday, CMC will present a concert of new and existing works by the above Irish and Hungarian composers in partnership with the Budapest Music Center with support from the Embassy of Ireland, Hungary, which will be performed by Katalin and Elizabeth. On Bloomsday 2022, the new music and film co-commissions by CMC and CCI will be screened in Centre Culturel Irlandais in Paris. The Hungarian premiere screening of the six new music and film co-commissions will be hosted in partnership with FUGA in Budapest on 17 June 2022. And CMC and CCI will also present a concert by Katalin and Elizabeth on 18 June 2022, in association with the Institut Hongrois in Paris.

For any enquiries, please contact Linda O’Shea Farren at the Contemporary Music Centre, Ireland on losheafarren@cmc.ie or Rosetta Beaugendre at Centre Culturel Irlandais on rbeaugendre@centreculturelirlandais.com.

The Contemporary Music Centre, Ireland is funded by the Arts Council of Ireland/An Chomhairle Ealaíon and the Arts Council of Northern Ireland’s Project Lottery Funding.The Ulysses Journey 2022 new music and film works were co-commissioned with the Centre Culturel Irlandais as part of its Joyce Season (2 February - 20 June 2022) supported by the Irish Government through the Department of Foreign Affairs and the Decade of Centenaries 2012-2023 programme. Other funders and partners include Budapest Music Center; Centre Culturel Hongrois, Paris; Embassy of Ireland, Hungary; FUGA Budapest Centre of Architecture; Irish Film Institute; Moving on Music; New Music Dublin; One Dublin One Book through funding from Dublin UNESCO City of Literature, Dublin City Council and the Department of Tourism, Culture, Arts, Gaeltacht, Sport and Media; Embassy of Hungary, Dublin; Sonic Arts Research Centre (SARC); Sundays @ Noon at The Hugh Lane Gallery.