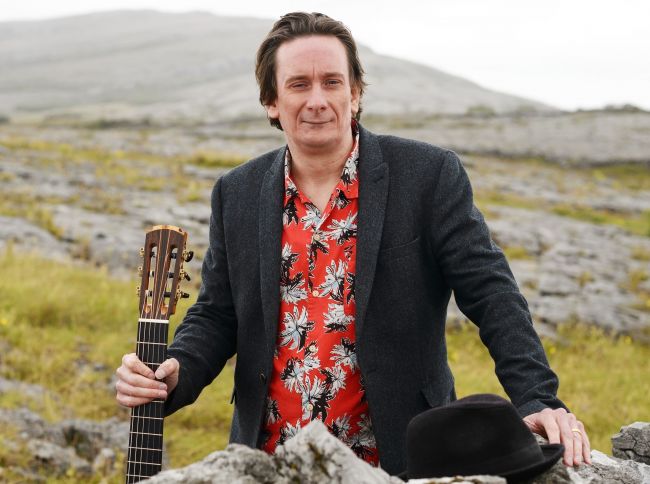 Flynn has also worked with previous Writers-in-Residence at Farmleigh Theo Dorgan and Peter Sheridan to explore new collaborations, with the premiere of The Farmleigh Tree Alphabet, a collaboration with Theo Dorgan on 30 November. Peter Sheridan, Barry McGovern and Dave Flynn have devised a new show on 1 December exploring the theme of repetition in the writings of Samuel Beckett and how this influenced the development of minimalist composers like Philip Glass.

The screening of films by Des Bell on Irish cultural figures Patrick MacGill and Michael MacGowan which feature the music of several Irish composers also takes place on 30 November, with Stephen Rea interviewed by Bell.

Further information here and tickets are available on Eventbrite.

Described as a “Genre-Jumping Genius” (Tradreview.com) Dave Flynn is an award-winning composer/guitarist and founder of the unique Irish Memory Orchestra.