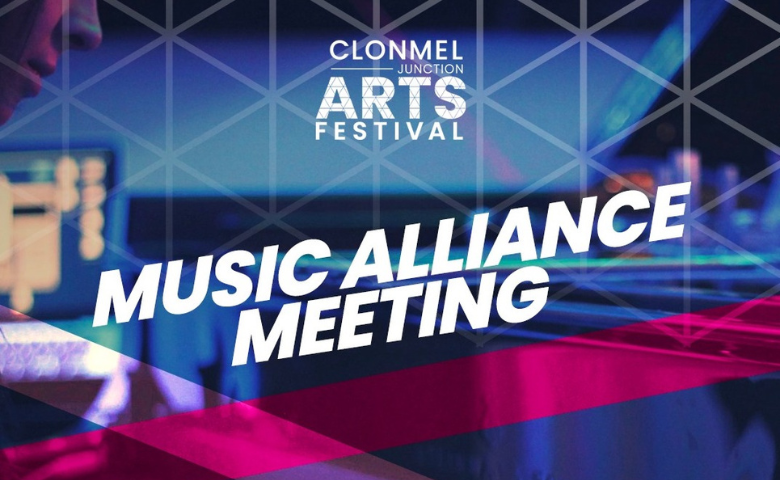 Via The Journal of Music, published on 11 July 2022: Meeting of new group took place as part of the Clonmel Junction Arts Festival.

The lack of guidelines on rates for musicians and a lack of spaces for music were two of the issues highlighted at the second Music Alliance Ireland meeting, which took place as part of the Clonmel Junction Arts Festival on Sunday 10 July.

The meeting, which took place in the Junction Dome, a temporary performance space set up by the festival, was attended by local musicians and promoters. Speakers included Toner Quinn, Chairperson of Music Alliance Ireland, and Neva Elliott, Project Manager for the new group.

‘We have seen, in a short time, the effectiveness of joining together as a group in highlighting long-standing issues in the music sector,’ Quinn said. ‘We find that there is considerable overlap in the issues faced by musicians and music organisations, regardless of the genre or where they are based.’

At the meeting, the speakers set out the aims and objectives of Music Alliance Ireland and discussed the work undertaken so far. This was followed by an open discussion with those attending.

Local musicians and promoters highlighted how music venues had declined in Clonmel and that there were not enough spaces for performance or collaboration for emerging and established musicians. They also emphasised the need for widely accepted guidelines on rates for musicians, which would help not just musicians but also promoters.

Other matters discussed included young bands not having space for rehearsal, IMRO payments for live music, the VAT rate for band fees, and the need for more comprehensive coverage of music in the national media. There was also discussion on the opportunity to work together to achieve a space for collaborative use.

Music Alliance Ireland was formed at the beginning of the pandemic to establish a collective voice for the music sector and has been involved in a number of advocacy campaigns since.

The current members are the Contemporary Music Centre, Crash Ensemble, Diatribe Records, Improvised Music Company, The Journal of Music, Kirkos Ensemble, Music Network and Trad Ireland/Traid Éireann. The group meets ten times a year and is open to new members. It will shortly be publishing details on how artists and organisations can join.

The group has developed six main aims, as follows:

1. To establish a network and voice for music organisations and musicians;
2. To advocate for support and policies for music at a national level;
3. To work for the establishment of a music hub (a space for rehearsal, collaboration, offices, equipment, recording, storage and performance) in Dublin and equivalent spaces in other centres around Ireland;
4. To campaign for proper pay for musicians;
5. To further the provision for music from Ireland in Irish broadcasting and media; and
6. To support the development of the independent record label sector.

The group has already published a number of submissions advocating for the music sector, including submissions to the Arts Council’s music policy, the Future of Media Commission, RTÉ Lyric FM, the Dublin City Council Cultural Infrastructural Study, the Dublin City Development Plan, and the Basic Income for the Arts pilot.

For further information and updates, sign up to the newsletter at https://musicallianceireland.ie

Read more from The Journal Of Music here.