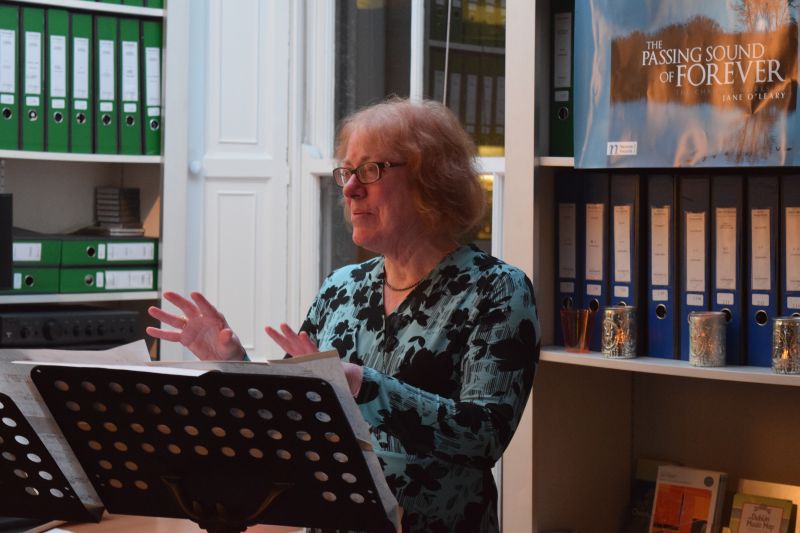 The CD was officially launched by Sheila Pratschke, chair of the Arts Council of Ireland, who addressed invited guests with a speech illustrating the important contribution Jane has made to contemporary music in Ireland, while also commending the quality and dedication of the performing artists, Concorde and ConTempo Quartet. Ms. Pratschke also emphasised the role of contemporary music in the wider arts and culture sector of Ireland.

Jane O’Leary also addressed guests, explaining some of the challenges and triumphs of the recording process and paying tribute to those who helped make the CD possible, as did CMC Director Evonne Ferguson who explained Jane’s foundational role in the setting up of CMC during her time as a board member.

'Like all great music, it echoes in us afterwards'- chair of the Arts Council Sheila Pratschke officially launching Jane O'Leary's new CD! pic.twitter.com/9OStBATu6p

The event also included performances by members of Concorde Ensemble, Madeleine Staunton (flute) and Elaine Clark (violin), who played two pieces from the CD, number 19 (2012) and A Winter Sketchbook number I (2015), and the evening concluded with a wine reception for guests. 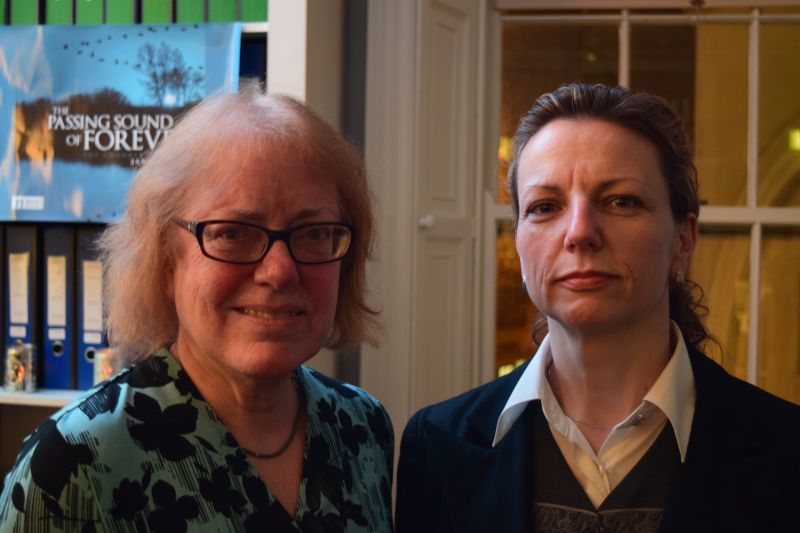 Jane O'Leary with the Czech Ambassador to Ireland Her Excellency Mrs. Hana Mottlova.

The CD features a carefully curated compilation of Jane's most recent compositions, performed by Concorde Ensemble and the ConTempo Quartet. It is available now from Navona Records, a label of the Parma Recordings group.

‘’O’Leary’s lyrical lines have an often stunning quality, reminiscent of Impressionist shading, against which she sets unusual sounds, gestures, and textures that help lend the music a fine dramatic shape that engages the listener.  Though highly organized, the music has the sense of reflection that builds upon the motifs and ideas which precede it.’’

Review of The Passing Sound of Forever.

CMC would like to congratulate Jane O’Leary, Parma Recordings, Concorde and ConTempo Quartet on the launch of this excellent, high quality recording of contemporary music.