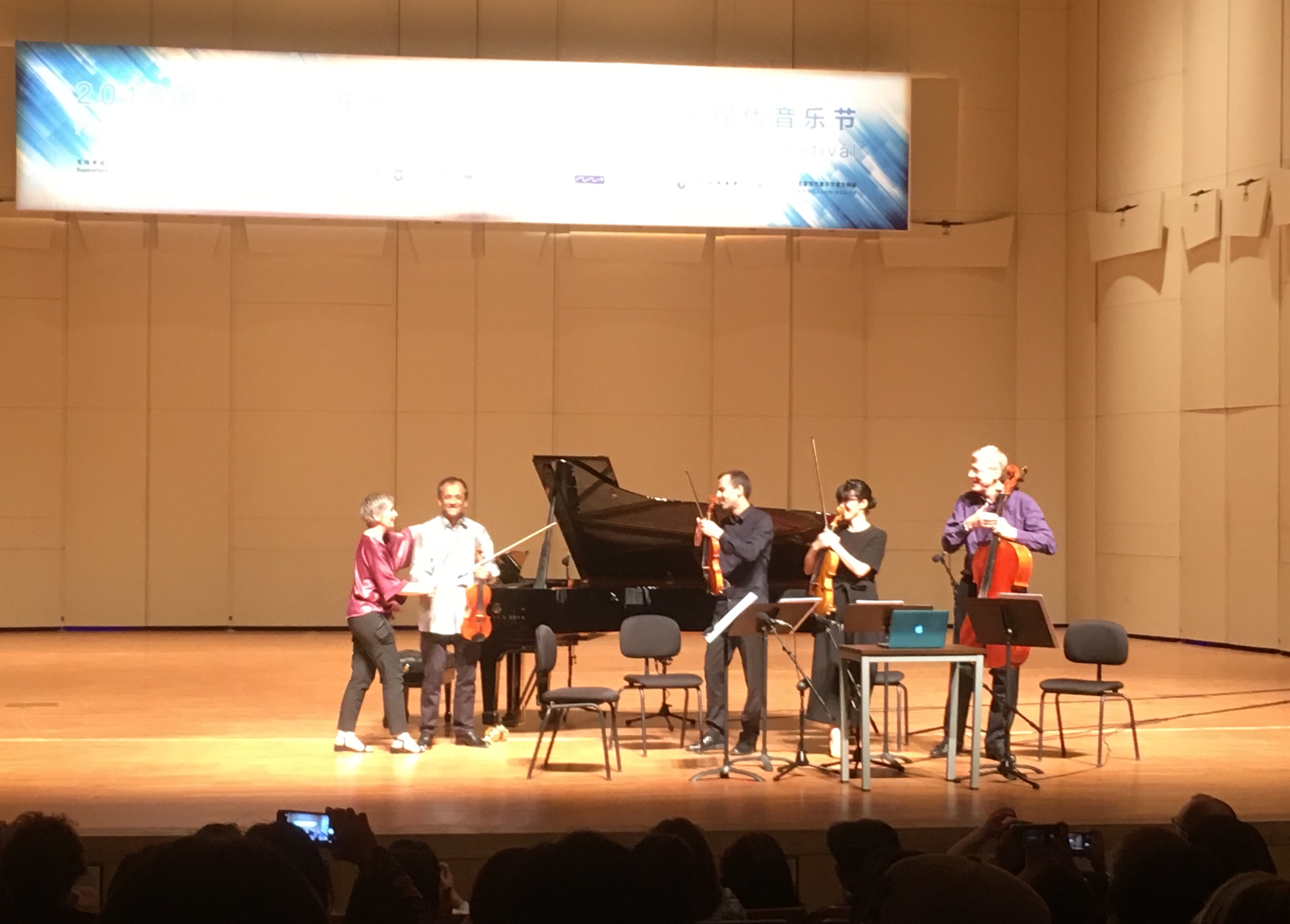 Karen Power’s work hearing leaves was selected for performance at the 2018 ISCM World Music Days in Beijing in May of this year. She writes about her attendance at the festival.

Earlier this year in May, thanks to support from Culture Ireland and the Association of Irish Composers (AIC), I travelled to Beijing as the Irish composer delegate for the International Society of Contemporary Music (ISCM) World Music Days annual showcase.

This annual event takes place in a different country each year drawn from one of the around 50 member countries, and this year the festival was presented as part of the annual Beijing Modern Music Festival (BMMF).

My work hearing leaves was selected by the ISCM for performance at the festival by Ensemble Modern. Originally commissioned by Galway Music Residency for their 10th anniversary, it was premiered by ConTempo String Quartet in 2013. Much of the origins of this work are connected with explorations made with students during composition workshops which I gave in Galway as part of the commission. This piece is a celebration of the excitement that each of us feels, or felt as young children, when we explore sound. 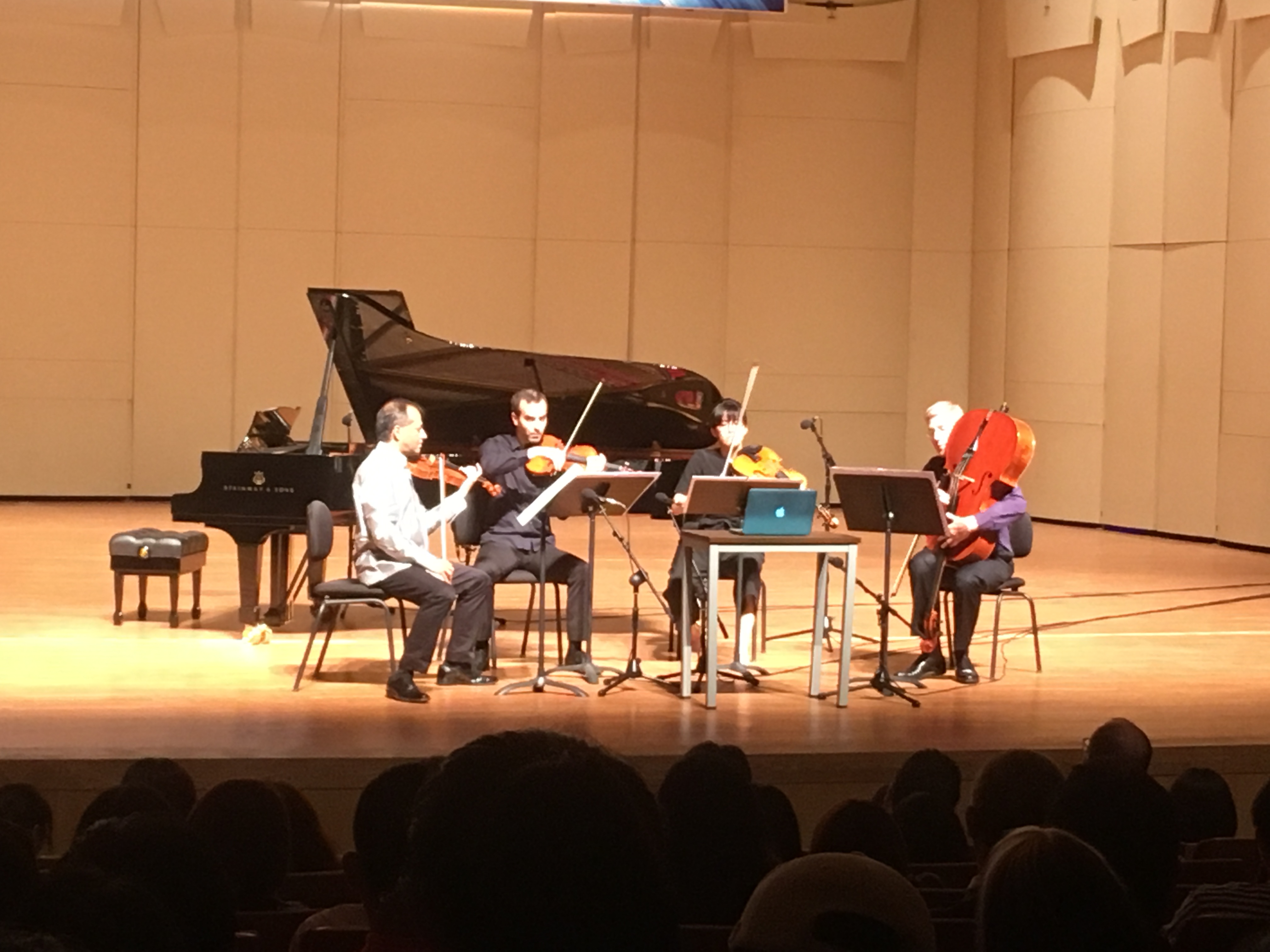 Five years on from its composition and premiere, it was a real pleasure to work with the extraordinary Ensemble Modern in Beijing in preparation for their unique take on this exploratory piece. Although a fully notated piece, the invitation for exploration is central and each member of Ensemble Modern embraced this in their playing. The result was something extremely fragile, musical and unique, which was created between audience and performers, as it seeped into the large auditorium that appeared to shrink with every note played.

I attended all of the concerts over the three days during my visit, which ranged from a full orchestral opening gala concert, an electroacoustic afternoon concert, to a traditional Chinese instrument orchestra concert playing symphonic works for Chinese instruments.

All concerts were extremely well attended, with many of the venues practically full. The audience included families, students and people of all ages, and attendance at these concerts appeared to be simply part of what one might do on any evening during the week, just like going to the cinema! People brought in food; they came and went; they messaged/videoed and generally experienced the concert as they wished. This is not to say that it was chaotic, but there was definitely more of an active element than we traditionally would expect in a classical concert environment. The question that interested me is whether this more casual aesthetic was the reason behind the high attendance at the concerts, and what this meant for the whole audience? It certainly changed the listening space for many concerts. 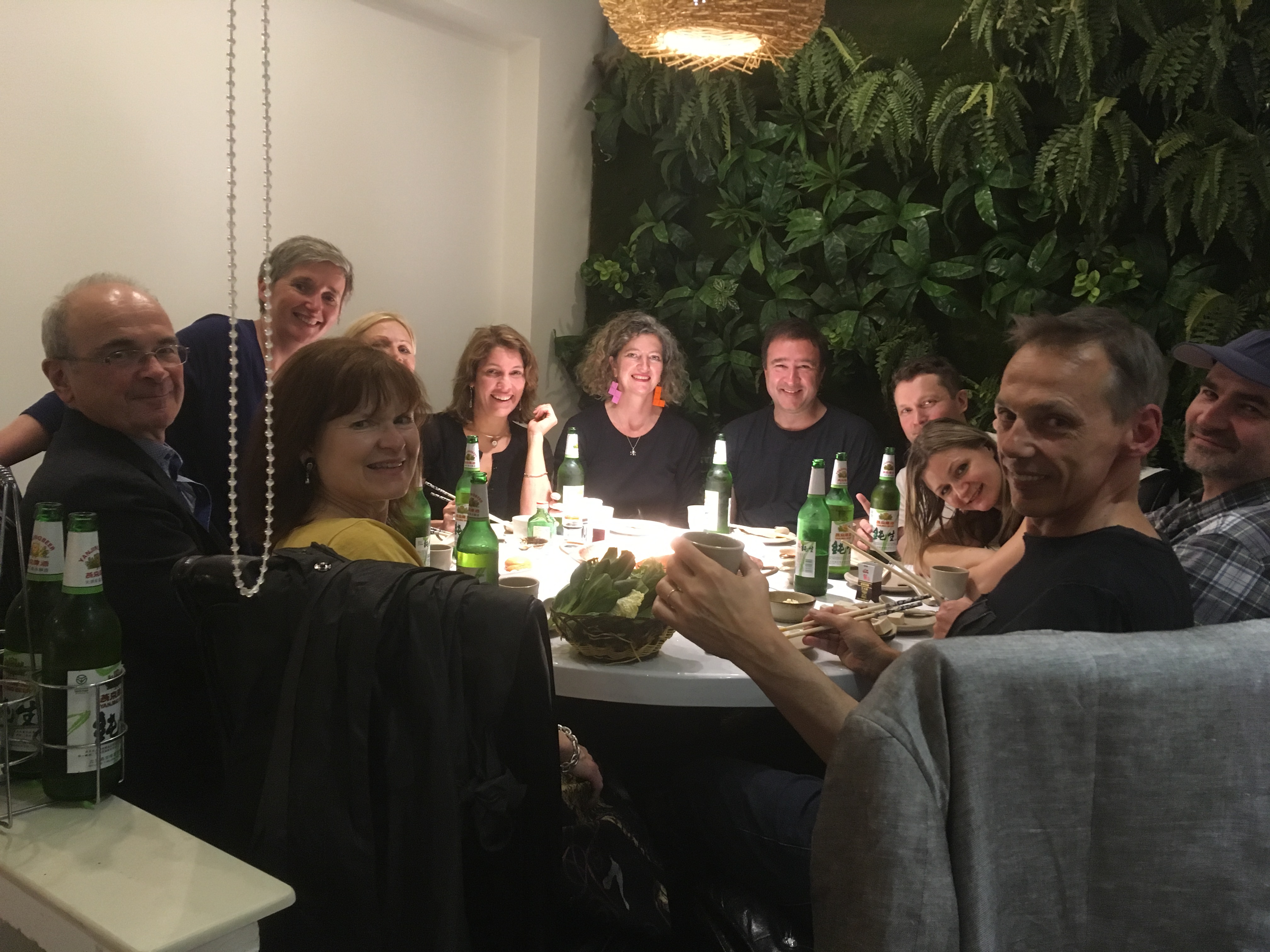 Karen Power (second from the left) with ISCM delegates and composers

The opportunity to attend the festival allowed me to hear many interesting and extremely well-crafted pieces and have creative exchanges with fellow composers from all over the world. Upon arrival it was clear that Ireland has built up a reputation for contributing strong and varied works for programming at the ISCM World Music Days. I was the only Irish representative at the festival, and while a larger team from Ireland attended the 2017 festival (including representatives from AIC and CMC), not having a second delegate at this year's festival in addition to the composer was a missed opportunity. Many other countries had more than one delegate, and were able to distribute CDs and have additional meetings at a broader level relating to the music of their country.

Attending the 2018 ISCM World Music Days was a wonderful and exhilarating few days of global new music. I would like to thank all of the people behind the scenes who make events like this one happen and in particular the AIC selection committees here in Ireland, who every year take time out to listen to so much wonderful and varied Irish contemporary music.