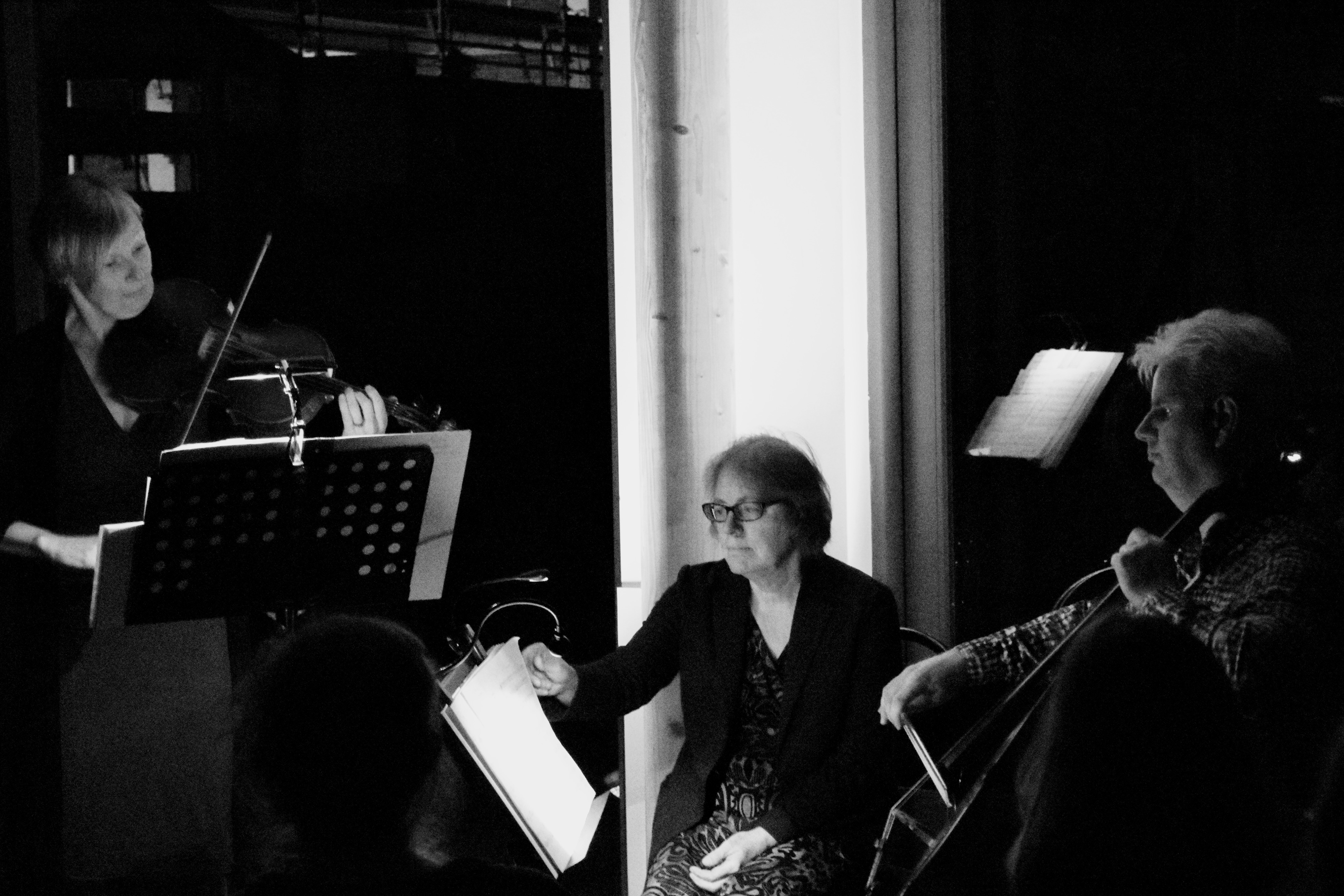 Jonathan Nangle was the guest host for the event, and led a discussion between the performers and composers about each of the pieces.
Below are audio recordings made by Jonathan Nangle of two of the pieces by Judith Ring and Jane O'Leary.
CMC would like to give a big thank you to the 2016 Salon curator, Linda Buckley, and to all the composers and performers who participated in this year's series.

Jane O'Leary - as if one