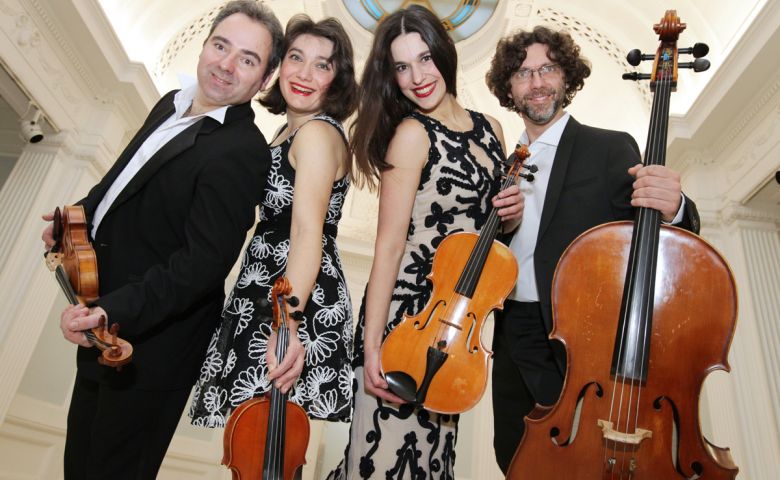 The ConTempo Quartet presents Dave Flynn’s remarkable trad - classical crossover string quartet which won the 2004 Huddersfield Contemporary Music Festival Composers Prize. The composer writes: This piece is heavily influenced by the traditional music of my native Ireland. There are no traditional Irish melodies in the piece; however throughout the work's four movements there are techniques, modes, rhythms and feelings common to traditional Irish music. The programme opens and closes with popular classics by Haydn and Dvořák.

String Quartet No. 2 'The Cranning'