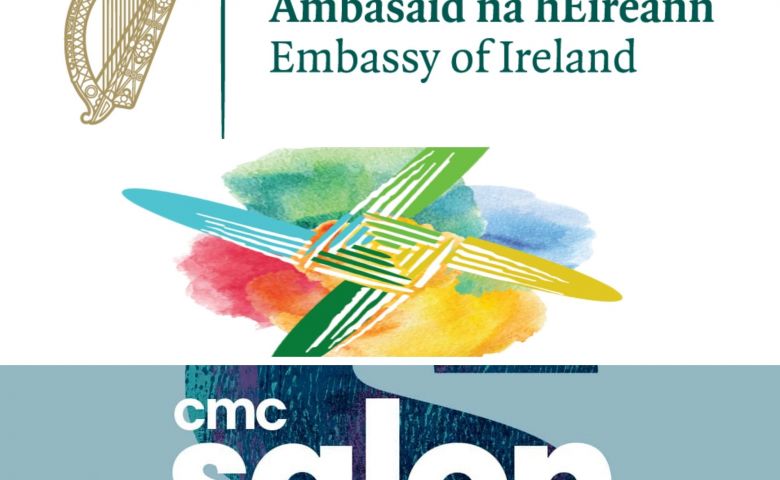 CMC is delighted to partner with the Embassy of Ireland, Hungary to celebrate St. Brigid’s Day/La Fhéile Bríde with an online event featuring a CMC Salon special followed by a panel discussion ‘Spotlight on Women in Music’ on Monday, 1 February 2021, at 7.00pm (Ireland)/8.00pm (Hungary)

Following an introduction by HE Ambassador Ronan Gargan, CMC Director Evonne Ferguson will host a CMC Salon featuring performances of new music from Ireland and Hungary alongside discussion about the music with the composers and performers of the following works:

a carlow song cycle for soprano and guitar composed by Gráinne Mulvey based on poetry by Derek Coyle, performed by Elizabeth Hilliard and Anselm McDonnell

world premiere of Oak for solo guitar, a new work composed specially for this occasion by Petra Szászi, performed by Katalin Koltai

Spotlight on Women in Music

Following an introduction by HE Ambassador Ronan Gargan, CMC’s Linda O’Shea Farren will lead a discussion about women in music with the following Irish and Hungarian composers, performers and conductors: